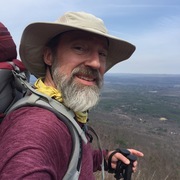 This is a character I voiced recently for Ghostfire Games.
See More
0

"Thanks, Jodi! It was great meeting you in Kevin Delaney's chat. I'm really trying to figure out marketing as a VO artist. Any advice or recommendations would be greatly appreciated. I like your brand Piece of Cake...trying to come up with something…"

"Hi, Lani. Thought I'd drop another line. I was just cast as Old Master Yee in RAGE OF THE GLADIATOR for GHOSTFIRE GAMES. Would love to be considered part of your talent pool. I'm represented by Jason Sasportas of Stewart Talent NYC. Any chance of…"

"Thanks for stopping by my page, Lani! I've sent over a talent assessment form for you. I've getting some interest in the video game world and would love to move that along as swiftly as possible. Just did two voices, an alien and a monster, for…"

"Welcome, Nancy! Heidi Eklund and I (we run And They Flew Productions together) live right near Vassar. Heidi works in the Film Department and I often work with students on their films. Glad to see an alum on here!!!

"Hi, Lani! I'm interested in finding out more about the personal coaching and classes. Thanks!"

"Hey, Rob! Thanks for stopping by. I've been following your work and posts at different sites for awhile now and it's a pleasure to meet you in cyberspace, hope to do so in "real time" one of these days soon...Congrats on the A&E recurring!

"Hello, Ms. Eklund! Thanks for dropping by my page. Glad to hear your closet studio is working out for you. I just finished voicing some characters for an educational series called LetterMakers, it went really well and was a lot of fun. Heard you…"

"John, that's hilarious and SO typical of that company..."

"Well, I did the audition and it was one of those IN THE ZONE experiences. I listened to several of your podcasts the night before I went in and was very inspired. The casting director was really pleased and had some great comments. Keep the good…"

"Hi, Pat! Just started here on VU and wanted to say hi. I have a WONDER PETS audition tomorrow, so I'm nervous, but stoked. Please send me some good vibes from the master!!! Thanks, Wayne Pyle"
More…
Loading ...

Started recording my own version of Hong Kong Phooey into my Toshiba Radio Shack tape recorder when I was 5 years old. Appeared on Romper Room and pretended to fall asleep during the Sleepytime Song so the camera would do a close-up...they did! But Miss Susan never said my name when she looked into the Magic Mirror. Worked on demos with Peter Rofe. Member of SAG, AFTRA, AEA (Look for the union label!) MFA University of Delaware's PTTP (Professional Theatre Training Program) Shakespeare and the Classics, baby! 5 years and 2000 shows of Broadway's LION KING (Gazelle Tour) playing Ed the hyena (gibberish), Timon the Meerkat (Brooklyn) and Zazu the Hornbill (British). Appeared Off-Broadway in EMANCIPATION at the Classical Theater of Harlem. Appeared in Feature Film DARE which was a Grand Jury Prize nominee in 2009 SUNDANCE directed by Adam Salky, starring Ana Gasteyer, Alan Cumming, Emmy Rossum. I played Ana Gasteyer's husband, Alan Berger. Picked up for distribution by IMAGINE Entertainment for release in November 2009!!! Appeared on the Emmy Award winning Children's Television Program THE MAGIC DOOR as the voice of the Muppet Mozel and delivered divorce papers to Susan Lucci on ALL MY CHILDREN.

English and RussianGibberish plus I can sing Twinkle, Twinkle Little Star in Ubbi Dubbi Language from ZOOM!

Characters! You name 'em, I got 'em. For narration and commercials can sound warm, friendly and believable or go for the HARD SELL.