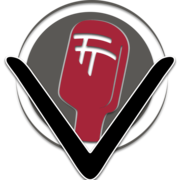 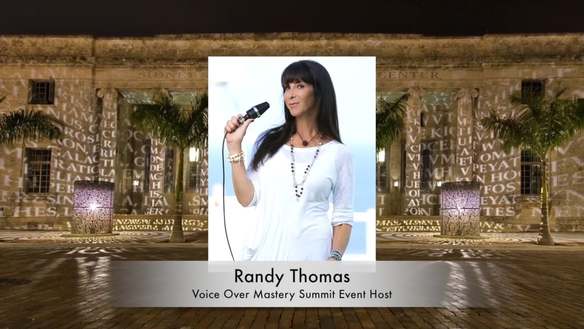 Just messing around and recorded some VO for the Michelob Ultra spot featuring Lance Armstrong. The oringal spot ran during Superbowl XLIV. It's awesome!
See More

"Shannon, long time now hear bro. Great to catch up with you.
-Ernie" "Thanks guys. I had fun doing it."

Watch this voice actor's dream gig! I couldn't resist re-recording the voice over for the Morgan Freeman Visa Debit Card commercial featuring Rick James' Super Freak. The song was at the top of the charts when I was a teenager. Rick's funky rhythms…
See More

"What's happening James? Pick up that MacBook Pro yet? What DAW software will you be using?"

"Thanks for the add Herb. I'm a HUGE animation fan. Never outgrew it, I guess. By the way, I see we're both Leos. My birthday is today. Happy belated my friend."

"Hello Dan. Thanks for the add."

"Joe, your live webcast was very entertaining and informative. Thank you for the inside look into the industry." "Thanks for the tips Joe. You, sir, are a gentleman and a scholar."

"Nice setup Jim. May I ask what you use the second video monitor for-ADR perhaps?"
More…
Loading ...

My first paid gig was narrating a recruitment video for my alma mater, Oakwood University, in 1991. A decade later, while living in Portland, OR, I pursued voice over full-time in between a TV and Radio gig. I bought myself some gear, software, built a custom DAW PC and went to work for Bob Ancheta at internetjock.com. I also managed to book my own local and regional radio/tv spots in the Pacific Northwest. But I didn't stop there. I also trained with actor/casting director Elaine Clark of San Francisco, actor/casting director Rick Zieff of Hollywood, Della Cole of Your Act Acting Studios in Atlanta. Recently, I have been lucky enough to train with the legendary and premiere VO talent Randy Thomas. I am also currently training with automotive ad genius and the founder of the Dallas Voice Acting Meet Up Group, Cliff Zellman. I also own and operate Murphy Media Group, LLC, a social, digital and mobile media marketing company. Cheers!

I have performed in commercials, promos and even portrayed abolitionist Frederick Douglas in Oregon Public Broadcasting’s American Passages: A Literary Survey – Part 7, Slavery & Freedom (ISBN: 1-57680-564-6) in 2003. Some of my most recent work includes both on-camera and VO narration for the Homeland Responder Brief as a part of the Homeland Security Training Network (2005-2006). I have voiced IDs and promos for a regional cable network in the Southeast. I recently built out a pro studio at my home in Alpharetta, GA, where I conduct remote recording sessions via ipDTL exclusively with Rode microphones.

I am distinctly baritone. My vocal instrument has been described as mellifluous and soothing, rumbling and resonant, vast and earthshaking, bold and passionate, clear and commanding.

First Previous of 2 Next
This reply was deleted.