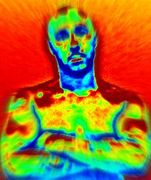 "It is so wonderful to see you my friend
Let's talk very soon and catch up:)"

"Rayyyyyyy amazing how the internet reconnects us isn't it?"

"Dude
everytime you hit me on the I M you sign off before I can hit you back LOL. Good to see ya brother!!!!"

"Thank you
very happy to be part of the community
business is going well and I am truly blessed:)"

"Thanks for the love KD
Your work is fiyahhhhh man
Keep up the great work!!!!"
More…
Loading ...

Tre’ Black pursued his radio career when he was just 8 years of age. Music has always been his top interest. At 8 he visited the radio stations and created quite a stir amongst the radio personalities. Tre' was a part of the Volunteer for Youth mentoring program and his "big brother" was a radio personality who furthered his interest in the business. Initially it just started out as fun for an 8-year-old, but escalated into his own show on the Duke University radio station in Durham NC. That was just the beginning of a long and exciting career. From there Tre' went on to medium market radio stations, where he consistently performed well. In addition to being an on air personality, Tre' developed a real love and talent for creating, writing, producing, music etc; Not only was he one of the most sought after mix dee jays, he signed a record deal as a rap artist on B-Boy records. He toured with KRS One and Boogie Down Productions for a while before making a new discovery- Movies. , Tre' made his motion picture debut in “The White Girl” an independent anti-drug film produced by Tony Brown of Tony Brown's Journal and starring Taimak and Troy Beyer. Certainly, the highlight of Tre Black's career was when he secured his first position at a major market radio station, WJLB in Detroit MI. From there, Tre' went on to another career highlight - Los Angeles California. Los Angeles opened a whole new world of opportunities for Tre' Black and he took full advantage. His radio show was very popular and this reflected in his ratings that got better with every ratings period. The addition of Tre' Black helped 92.3 The Beat out of a severe ratings slump. In addition to radio, Tre' got a record deal with MCA. After hearing one of Tre's songs pumping from a neighboring office, the soundtrack director burst in and insisted on having that song in her new movie. That's how "Put Ya Back Into It" became a part of the movie “Dangerous Minds” starring Michelle Pfeiffer. Tre' didn't stop there. He also had a role in the Orion Motion Picture “Phat Beach” with a track included in the movie. Tre' left California and returned to Detroit on WJLB's cross town rival radio station WCHB as the morning man . Listen to what "The Listeners" are saying about Tre Black on New York’s Certified Number 1 for Hip Hop and R&B WWPR Power 105.1 by clicking the media player on this page. Tre is considered as one of the most listened to on-air personalities in New York City.