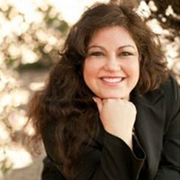 "I do not know how to send you to that video. I posted it on my Facebook page with the caption "Tyrese Gibson's video edited clean. God's test will become your testimony. God has a plan."
I have been listening to a bunch of webinars this week too, so…"

"I just cleaned up this video on Facebook.  Now safe for children's ears. God's test will become your testimony. You know Penny I think it clicked today with me about the way I can help others. Thanks for these messages."

"A great subject, and well needed. Thanks."

"Thanks Penny, I signed up."

"Thank you Penny and James and all for the chance to meet everybody at Voice2010. It was incredible!"
More…
Loading ...

When Tracy Elman tells your story, it becomes ALIVE. Tracy Elman is an accomplished storyteller, narrator and author. Tracy’s voice captivates children young and old in Audiobooks, Commercials, Radio, Business, and other projects. She is known best for her voice in the Robby’s Quest series audiobooks. Tracy has voiced over 65 characters, as she effortlessly changes voices during the many dialog exchanges between the characters. She has a unique natural voice. Her essence is outstanding and picturesque in telling the story. Tracy is a constant source of new ideas. Creative, passionate, and fun to work with. She works from her professional recording studio and keeps up with the newest technologies. Please visit her official website at www.tracyelman.com    Client List: DC Rush Books, Chetankumar Lad, John Butler; Voltage Production, Chad M. Hooper; Xplosive Tendencies, Dj Prodigy, Insight Video, Confidential,   Member: SAG-AFTRA, World-Voices Organization,  mca-i, The eLearning Guild, APA,

English US and UK

She is described as unique, smart, bold and sexy, upbeat with a friendly, not the girl next door voice. Her voice is convincing, humorous, intelligent, versatile, youthful and smiley.

She has an awesome professional studio and uses Miktek C5, Shure KSM44/SL, Mac Protools and Audition