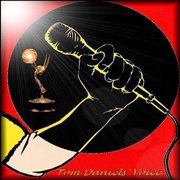 "Thanks for the Birthday card, Penny. I'll have to stop back nhere more often. - Tom"

"Haven't been here in ages. Thanks for joining my ever-expanding Voiceover Universe, Troy.
- Tom"

"Hi Robin! Do you ever come to the Voiceover Universe site anymore?"

"Ben, I enjoy your voice on Network TV Promos. Especially the quiet intense read on the House Intro. Please share your Avalon settings for that one."

"Thank you for the Birthday greeting, Diane. I'm finishing up an audition then it's time to get ready for a Birthday all you can eat Shrimpfest at Red Lobster!"

"Thanks for the Birthday Hug, Penny. it's just what I needed."

"Thank you for the Birthday greeting. I'm finishing up an audition then it's time to get ready for a Birthday all you can eat Shrimpfest at Red Lobster!" A video voice demo - Clips created, recreated and video concept produced for voice demonstration purposes by Tom. Any resemblance to an actual television show is purely intentional and a tribute to the actual Voice Artist performing it.
See More 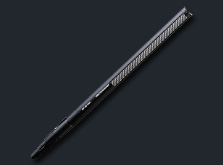 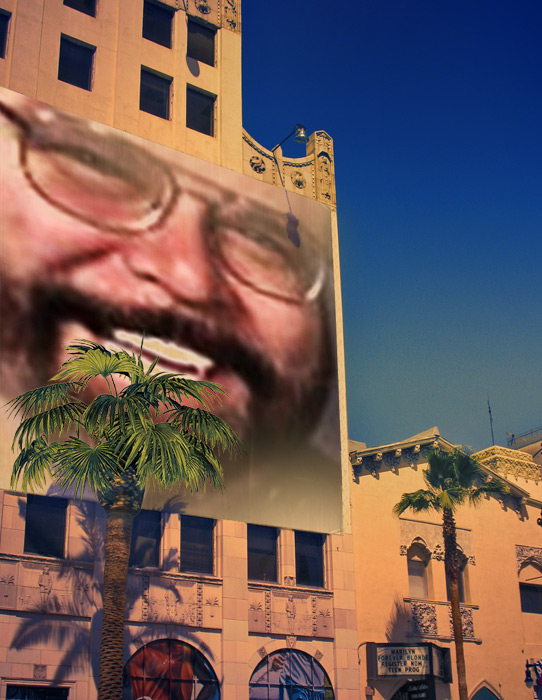 "Welcome to my list of VU Friends, Tom! i'm enjoying your demos right now! Join me on Facebook too! I'm looking forward to getting to know you and your work."

"Very useful, Thanks for sharing that information.

"Thanks for the tip. It's nice to have a new friend on VU. Merry Christmas and Happy New Year! (Happy Belated Birthday too..)"

"It is a pleasure to have you as a friend. Please share with me how you came to receive yourmany awards. Were you nominated by others? Here in the States one has to seek out and enter competitions. Something I was not aware of for many years of my…" Listen for the subtle emotional nuance in the Voiceover performed by my friend, Bob Marini in this film by his brother, Thom. Amazing Videography too. It will be broadcast soon on Public Television. BTW - The original music is also scored and…
See More
More…
Loading ...

Million's have heard Tom Daniels' Voice. His Emmy-winning delivery was recently recognized by The National Academy of Television Arts and Sciences in the category of "Best Sports Nostalgia Program" as the narrator for "Jesse Owens: Enduring Spirit", which aired across North America on The Big Ten Network. Tom's physical base of operations is the Cleveland-Akron-Canton, OH Metroplex.(Respective homes of; The Rock'n Roll Hall Of Fame, The Radio and Television Broadcasters Hall Of Fame, The National Inventors Hall Of Fame, and The Pro Football Hall Of Fame. His home in Massillon contains two professional studios, one for Multimedia Production and one specifically for professional voiceover. --------------------------------------------------------------------------------------- Tom Daniels' Voice - Bringing Your Story To Life!"™ specializes in voiceover talent services for Commercials for Television & Radio, Film, Video and Web Narration, Station Imaging to Radio/TV/Film commercial, and Corporate Branding and Imaging. We maintain professional audio facilities for this purpose and work tirelessly to give our clients the highest quality result possible. Tom has voiced literally thousands of Television and Radio Commercials and corporate/industrial film and video for; Eventide Asset Management, LLC, Chrysler Corporation, Westinghouse, The Hoover Company, 4-H Clubs of America, Jones & Laughlin Steel, Parker Hannifin Corporation, the city of Cleveland Heights, OH, Pittsburgh Technical Institute and roles as a voice actor for Salomon Global Sporting Goods and Sloan-Kettering Cancer Research Center among many others. Tom Daniels Multimedia specializes in audio related services such as Audio Recording, Music Post-Production, Audio Preservation and Restoration, Live Event Sound Recordings and to a lesser degree Graphic Design, Print Advertising production, Videography, and Photography. We maintain professional multimedia and voiceover facilities and work tirelessly to give our clients the highest quality result possible. Tom can create the perfect piece for any purpose, including but not limited to: * Radio and Television Advertising * Promo concepts that jump out of the speakers & grab you by the ears. * Audio for television, film, and websites. * Corporate and Station Branding * Audio Trailers for Film, TV, and Podcasting * Music Post Production * Audio and Photographic Preservation and Restoration * Live On-site Event Recording ....Tom Daniels Multimedia Productions -Since 1981 ....Tom Daniels Voice Imaging - "Bringing Your Story To Life!"™ since November 2009.

Tom is foremost a great storyteller. A communicator and conveyor of tales and information with a deep, distinctive yet versatile, Real Man's voice, perfect for a range of vocal delivery, from memorable storytelling and subtle, intimate nuance, to authoritative interpretation, corporate branding or instructional information and hard-sell commercials that drive your message home like a sledgehammer! Whatever the content, Tom Daniels' Voice will deliver your message with confident credibility and passion that you wish you could convey on your own. Content that directly relates to the listener, appeals to their emotions, compels their attention and calls them to action.