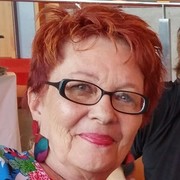 The Lady Known As Lou

Lou Hunt, The Lady Known As Lou- Word of Mouth Productions: 35 years experience; Presentation Skills and Public Speaking Coach; Master Voice Over Teacher; 30 years professional Voice Over Performer, LA, NY, Chicago. Three Clios for her performances on Ad three campaigns; a First Place Award in the Art Director’s Show in New York, Dallas & Wisconsin for the “Traffic Safety” campaign; a First Place Award for the Memphis LeBonheur Medical Centers campaign; and was cited in Ad Age as the “personality to fit the product” for a nationwide grocers campaign. Lou is also a well-known and respected Voice Over Coach, teaching since 1976 in Los Angeles and Chicago. Her company, Word of Mouth Productions, has held professional Voice Over Workshops in California, Arizona, Tennessee and Wisconsin. Her Masters Voice Over Class is accredited by UCLA. She holds ongoing workshops in Phoenix and Tucson as well as her "Voice Image" class for Women. She now coaches business and professionals for Presentation Skills and Public Speaking in Phoenix, Arizona. She has been a featured presenter at the Arizona State Thespian Conference; Ewomennetwork; the National Pharmaceutical Association; the Arizona Media Communications Association International. She has chaired Voice Over Seminars for the national chapters of SAG & AFTRA and the American Film Institute.

Lou has a voice that can be both sophisticated and real, clear and throaty, warm and approachable, or edgy and provocative. She always has an "intimate" presence that creates interest in the listener.