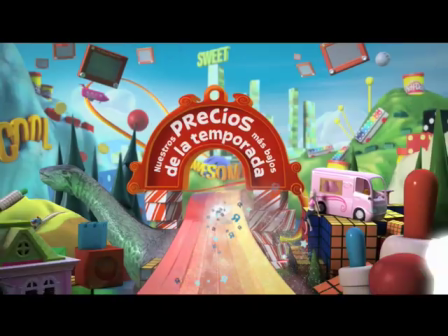 "Gordon
thank you so much for the kind words.  It's wonderful to hear such great feedback on one's work.  I truly appreciate it!
"

"Thank you so much for the nice words everyone!
I've been doing TOYSRUS Spanish for the last couple years and this year I was asked to be their official voice in English.  VERY different from my "signature" read and very fun to do.  I can stay 18…"

"Hi Mark!
It was great meeting you at Voices 2010! keep up the amazing work!
all the best!
Sylvia"

"benvenuto Janpa!
you have a lovely voice and an amazing delivery. I was in Naples a couple of years ago and I left in awe of your city. Warm wishes from Los Angeles.
s"

"Hi Jim
thanks for your post. you're demos are great. you're very talented and I'm sure you'll do very well.
all the best!

thank you so much! Are you enjoying VU? It's a great site. Enjoy! And congratulations on all your v/o success!

thanks for the post! ;)
congratulations on all your success.

I'm a native Angelino! Love L.A.!...and thanks to my father’s “only Spanish spoken in the home” rule, and 15 years of therapy to get over it, I'm able to work in both the English and Spanish markets in commercials, and as the promo voice for some great shows and networks such as: Jeopardy! Turner Classic Movies Mun2(dos) Television Entertainment Tonite (fill-in) The Insider (fill-in) Bringing Home Baby on TLC Starting Over on NBC Vons/Safeway Toys R Us ..As well as LIVE award shows: 2009 MTV VMA's Latinamerica 2009 (live) 2008-09 ALMA Awards on ABC 2003-06 Writer’s Guild Awards (live) 2006 Latin Billboard Awards (live) on Telemundo 2004 Soap Opera Digest Awards on Soapnet I was recently featured in the critically acclaimed book “Secrets of Voice over Success: Top Voice-Over Actors Reveal How They Did It”, written by the super talented Joan Baker. www.secretsofvoiceoversuccess.com. I'm grateful to my father everyday for teaching me that crossing over does not mean selling out. www.sylviavillagran.com

First Previous of 5 Next
This reply was deleted.