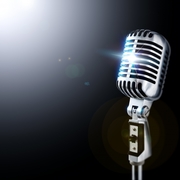 "I will join you shortly. Right now it isn't possible. Keep me updated please!
Shelley"

"Would LOVE to be part of your workout night!! Let me know where and when!
Shelley"

"You are an amazing talent! I pray life and this career are great to you. Hope we work together again!"

"Always nice to have a new friend! Welcome to V/O Universe! You're close too...I am in Burbank. Thanks for the add! Nice website and GREAT DEMO!
Shelley"

"Thank you for your isight on the 2 character sites. (You left it in my string on V/O Characters.) I will be signing with 1 soon.
Shelley"

"Always great to have a new friend! Thanks for the invite!! How is life Down Under?
Shelley"

"Thank you for the Birthday wishes! Nice to add you as a friend.
Shelley"

"Thank you so much for the Birthday wishes! I appreciate it!
Shelley"

"Thanks for the add! It was nice chatting with you Sunday morning.
Shelley (the Burbank gal)"

"GREAT having you as a friend! I hope we work together soon. Just saw the Tibby DVD and you are wonderful in it.
Shelley"

"How nice to have a new friend! Great work on the demos!! LOVE captain Fun. Shout out when you are on line.
Shelley"

"Welcome to a great forum! I like the commercial for Sebatian's.
Shelley"

"Thank you Frank for the VOPlanet info! I will check it out. I have received another lead that I want to also check out. If it pans out I will let you know.
As I mentioned limited funds right now and I want the best exposure. I am happy to do…"

"Thank you. I will keep playing around to see what effects I can create.

I would love to add you to my friends page...
Happy Holidays!"

I have been in the acting field for over twenty eight years. Uniquely gifted with the ability to mimic voices, characters and dialects, I am poised to take on a variety of projects. I taught acting, specifically dialects and characters, for over two years in Denver. Having done improv for an additional two years, I developed characters on the fly. Mixing dialects with a character brings a whole new dimension to the voice. My voice is one that needs to be heard!

Tibby the title character of a spec. cartoon. Also Peter in the same project

Deep sultry smoky voice. Can be strong and deep or lighter and fun. Great comedic timing. Very dynamic in range and expression. Easy to listen to with a warm caring vibe for narration. Professional and strong yet smooth for presentations. Character specialist! For characters I have a wide variety of stock voices as well as a number of dialects. Mix a dialect with a character and it takes on a whole new dimension. GREAT cartoon, children, animation and comedy voices. Wide vocal range. Versatile!

Digidesign MBox 2 with an Audio-Technica mic. Macbook Intel Core Duo. I have a large cache of sound effects and music licks.