It's so great to see how successful you have been in this business! Della and I send our best wishes to you. Your demos are absolutely great! Della says she can't wait to try your steak cooking method on our new barbeque. Here's…"

"You are AWESOME!!! Keep up the GREAT work!"

"Thanks so much. I will check it out.
Meantime, take care.
Rick"

If you don't mind sharing it, what was the total cost? Did you build the ventilation module that rolls up to the side? Is it really needed? How do you like the booth? Was it relatively easy to build?

Thanks so much TJ and take care.

Anyone here have any experience with the sE Electronics SERF Reflexion Filter 3.5?

Also, I have ordered my plans for a 4'X6' DAWBOX soundbooth. Would like to hear if anyone has this booth or knows someone who does.

Thanks and take care,…"

"Hi:
I have just finished putting together my studio equipment and need some advice.

Eventually, I will be building a 4'x6' DAWBOX sound booth. In the meantime I am using a Harlan Hogan PortaBooth and some make-shift soundproofing.

Thanks for the invite but, sadly, I won't be able to make it this time.

Please keep me in mind for future events.

"Thanks Lisa:
I will check them out. You are exactly right . . . we can never learn or practice too much!
Have a great day and take care.
Rick"

"Hi Lisa:
Thanks for writing and thanks too for the add. I'm in Augusta.

I used one the design templates from the VU web site and downloaded the mic picture from the web to fill in the sides.

So far no local trainings, so I am planning on getting…" My Harley - My Passion
See More
0 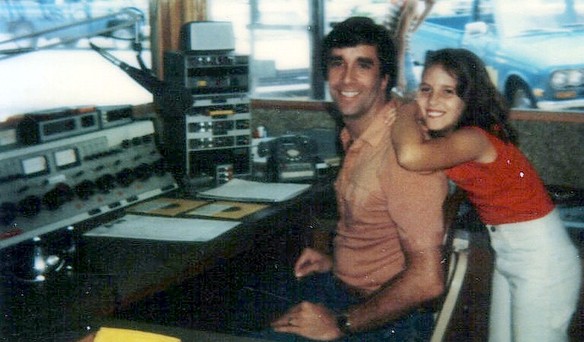 "Hey Don,
Thanks for the add and for your thoughts about mics. Yes . . . they are very personal. Your web site led me to nurple.com where I was able to actually hear some of the top voice talent mics. I enjoyed your demo on the Telefunken and got the…"

Thanks for the add. I'm working on a new demo. I look forward to networking with you.

Thanks for the add. I enjoyed listening you you and Terry last night on the tele-conference. Lots of great info. I look forward to networking with both of you. How is business in Seattle? My brother lives over in Silverdale so I get up…"

"Hi Trish,
Thanks for the invite.

I just listened to your cast with Joan Baker.
Great stuff! I plan to go back and catch up on as many of your earlier casts as possible.

Keep up the great work with Terry.

Thanks for the add. Looking forward to networking with ya!

Have a great day and take care,

Rick Sykes has more than 20 years of on-air experience in radio and television. He has recently made the move into the world of full-time voiceovers with his new company - SOUND CRAFTER, INC. Early in his broadcasting career, Rick worked in radio for six years as an on-air personality and news director. He also wrote copy and did commercial production. His first on air gig was midnight to 6 AM at KFQD-AM in Anchorage, Alaska. After leaving Alaska, Rick worked part time radio in San Diego before moving to Georgia for a full time career in radio and television news. Rick spent 15 years as an evening news anchor, reporter and producer at both the ABC and CBS affiliates in Augusta, Georgia. During that time he also worked freelance, voicing radio and TV spots, along with considerable work (VO and on camera) in corporate marketing, training, education and product videos. He graduated from Augusta State University in 1985 with a major in Marketing and a minor in Communications.