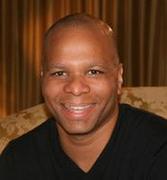 What's going on?  I hope all is well with you.  It's been a while since I logged on to VU, so I apologize for the delayed response to your message.

Where are you now?  Hit me back when you get a minute.

"Hey Kevin. Thanks for the add. You're keeping Texas HOT!"

"Hey Al. I don't know you personally, but I know your work. Great stuff. Mitch Faulkner was raving about you back in the early 90's. Good to meet you."

"Hey Jayne. Sorry it took so long to reply. I'm new at this. I didn't notice the "comment back" button. Thanks for the add. Take care."

"Thanks for the compliment Parry. Keep doing what you do."

"What up Mark? Thanks for telling me about this site. Keep doing what you do."

"Hey Al. I don't know you personally, but I know your work. Great stuff. Mitch Faulkner was raving about you back in the early 90's. Good to meet you."

Quinn Dalton, voice talent and founder of Airwave Imagery has been a familiar voice on hundreds of commercials for over 10 years. He has also been the image voice of several radio and TV stations across America. During his 16-year career as an air personality on well-known radio stations such as FM 98 WJLB and Smooth Jazz V98.7 in Detroit, 106 Jamz WAMO in Pittsburgh, and 95.7 The Wave in Houston, he developed more of a passion for producing commercials than being on the air. Quinn has voiced and produced commercials for major concert tours, stage plays, comedy shows, retail stores and other advertisers. Quinn's voice has been heard on spots for Prince, The Black Eyed Peas, Kanye West, Erykah Badu, Bernie Mac, KEM, Guitars and Saxes, Will Downing, 50 Cent, Musiq Soulchild, B.B. King, and countless others. For the past five years, he has voiced and produced commercials for the two largest Smooth Jazz Festivals in America, the Capital Jazz Fest in Washington, DC and the Old Pasadena Jazz Fest in Southern California. Quinn has compiled an impressive list of radio stations that use him as an image voice. Just to name a few, he has imaged KJLH in Los Angeles, WDMK and WCHB in Detroit, WQMG in Greensboro, WJKS in Rickmond and WAGG in Birmingham. In 2007, Quinn became the national voice of Popeyes Chicken and Biscuits. He has since voiced commercials for McDonald's, Disney World, Care One Credit, Zeasorb Foot Powder, Raising Kaine's Lemonade, and Drive Time. Listen for Quinn's many character voices on Kareem Abdul Jabbar's new audiobook, On The Shoulders of Giants. This year, Quinn plans to expand on Airwave Imagery's success and deliver his best work yet to smart businesses who are willing to put their trust in him.