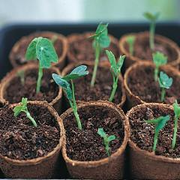 Voice for EPSSCentral, for a software demo for the American Petroleum Institute, narrated information about kids and sugar for Pepsico Latin America, and several informational CDs including one for Boca Raton Resort and Club.