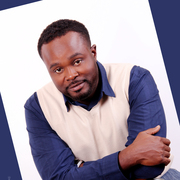 Paul Asher T was born July 16 1975 in Accra, Ghana but has lived, studied and worked on 3 different continents, Africa, Europe and North America. After giving up other careers such as Real Estate consulting and a supervisory position with Georgia’s leading newspaper The Atlanta Journal Constitution, Asher T decided to exploit himself for other talents when he picked up on what he’s heard people say about him all his life – his exceptional speaking mannerisms, choice of words and charming personality. He then enrolled to train as a Voice actor by two outstanding Hollywood Stars (Della Cole & Bob Harter of YourAct Acting Studios, Scottsdale, GA) With his skillful ability to speak fluently with Ghanaian, Nigerian, Liberian, Southern African, British and American accents, he was recommended for the Film & Television department of YourAct Studios, to further his studies after his Voice Over curriculum. Paul Asher T has gone on to become an event host/MC, Freelance Journalist, Script writer, Radio & Television Talk Show Presenter. With his distinctive voice and international outreach, several projects such as Radio & TV Commercials, Promotional videos and High profile interviews are accredited to his name and his entity, The Actors Gallery LLC. Asher T has featured in several radio interviews and shows, also starred in top quality Nollywood/USA Films with Van Vicker, John Dumelo, Syr Law of ‘Diary of a mad black woman’, JJ Bunny, Koby Maxwell, Bayo Akinfemi, Tchidi Chikere, Divine Shaw and others, and is currently working on his first lead role in the blockbuster, 'From Na Dene with Love' – with Naa Dene Baddoo. He has also worked with Hollywood Actor/Director Robert Peters and Bayo Akinfemi, as well as the notable and award winning cinematographer Tim Wilson. Paul Asher T is now a talented actor/director and is the Founder & Curator of The Actors Gallery LLC. With its productions currently playing in Canada, UK, Ghana, Nigeria and USA, several independent contractors such as audio/visual engineers, models, actor/actresses, photographers and writers have joined The Gallery, and there are now huge prospects of it becoming one of the world’s leading consultants of most things media. As Africa and World’s latest Voice Talent, Film and Television icon, Paul Asher T is also a producer of the following and more... • Commercials {Radio & Television} • Promos • IVR, voicemail, phone systems, and on-hold messages • Training, sales, business presentations, and web sites • Audiobooks • Podcasts • Documentaries • TV shows and movies • Movie Trailers (Voice)