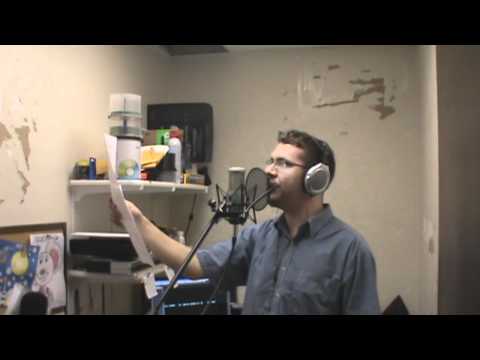 "Hey Brad,
Awesome voice. You're the first guy I've seen voice without a copy stand. Not a bad idea. Keeps the throat open as you look up. Might try that this week. Sounds really good. Break a leg!"

"Thanks John!
Great to meet you too. We had a blast and I still haven't read through everything yet. I have books and all kinds audio to listen through. I really felt excited after I got home. There are so many possibilities in this biz and so many…"

Great to see you at Voice! We had a blast. Hope you did too.
We're just trying to get on track with the biz now that we're back. We learned a ton. We're doing some workshops and had a client who asked: "After I take your workshop where do…"

"Hi Penny,
Thanks for the warm welcome, and thanks again for the fabulous weekend in L.A. We're still de-briefing about all we learned. We have renewed excitement for what we do thanks to you and James. We met so many positive, inspiring people.Thank…"
More…
Loading ...

I have been passionate about voice acting for over 20 years. I have a degree in acting from the University of British Columbia, Canada and have an honors degree in radio broadcasting from BCIT. I worked as a newscaster, announcer and talk show producer in major market stations in Vancouver for 5 years before moving into the ad agency world as a copywriter and radio writer/producer. Right now, I am an owner and partner in a sound and writing studio called SOUNDSWRITE, where I write, voice and produce radio spots, documentaries and television audio projects. I LOVE WHAT I DO!!