"Louis, thank you so much for your greetings and kind words! I am just back from a fantastic holiday in Egypt, - only to face rain and wind in London, and lots of hassle on my first Monday at work, - and it was a very nice surprise to receive lovely…"

"Bob, many thanks! I was in Egypt on my birthday, and it was great to receive lovely birthday wishes on my return to VERY rainy London!"

"Hi Jeff! I've just sent the mix again to both addresses - pls let me know when you'll receive them!"

"Hi Penny! Can you advise me pls - how to send audio on this site? I'd like to send an entry to Jeff for Holiday Magic - but can't figure out how to do it! Sorry, I am realtively new to this site!! Would be very grateful for your advice.
best wishes…"

"Hi Jeff! I've recorded a Christmas short story - will mix it with music and some atmos. Unless, of course, you'd like straight read? How shall I get it to you?"

"Hi Jeff! I must start with apologies - missed even your generous deadline! Last week was really mad, too many deadlines to meet, plus I was presenting every day, and had to work yesterday as well. Sorry!! But if it's not too late, if it can wait a…"

"Jeff, I'd really love to do it, even though the deadline is very tight - I am presenting a live programme every day this week, and it does not leave me with much time for anything else. But I'll make every effort, promise."

"Hi Dan! many thanks for your message! Yes, I'll very much appreciate your advice - particularly, because I am contemplating an idea of going fully freelance after 14 years with the BBC! I've done lots of voice-overs of course for the beeb, and some…"

"Hi Dan! Thanks a lot for your message! I do like the idea of combining fun and profit in every way, and would be delighted to join your group. Let's stay in touch.
Olga" 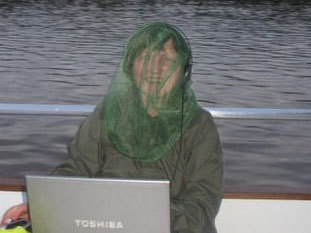 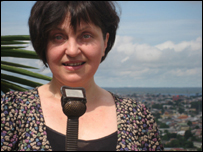 "Hi Penny! Many thanks for such a warm welcome! Looking forward to be part of the "universe". And yes, of course, I'd be delighted to join your group. Positive thinking is what we really need!"
More…
Loading ...

I am a Russian-Ukrainian voice artist, journalist and presenter. Native Russian and Ukrainian, I speak fluent English. Can do a variety of accents including speaking English in Russian, Ukrainian and Polish accents, and speaking Russian in English, French, Ukrainian and Polish accents. I've got an MA in International Journalism from City University (London) and a Diploma in Journalism & Literary Editing from Moscow State University. I've been presenting on BBC radio for over 12 years, and am currently a producer in the BBC World Service. My voice-over work includes English (with Russian & Ukrainian accents) deliveries for several flagship shows on BBC World Service, including Outlook, The Ticket, The Word and Everywoman. I've presented the acclaimed two-part radio documentary "Chernobyl Tales", as well as "Everywhere A Stranger" and "World Citizen". I've also dubbed one of the main characters in the "Modern Slavery" series, and narrated for a more humorous feature called "Cool Britania". Other voice-over clients include Hewlett Packard, Landrover, Ford (Fiesta), Pokerstars, Sony and some government institutions in the UK.