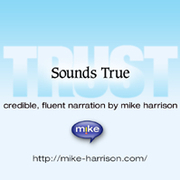 While working during the mid 70s as Production Director at a radio station in the New York City suburbs, I performed a couple of narrations for a corporate multimedia production agency, which later brought me on board as in-house narrator and Audio Producer. For a broad variety of Fortune 500 companies, I worked daily with writers, art directors and producers to create corporate identity pieces, product launches, training modules and national sales meetings. My ability to understand their very often technical and/or jargon-laden scripts and convey them in a fluent, conversational tone was so appreciated by clients that they rarely attended narration recording sessions. After co-founding a small advertising agency, the radio commercials I wrote, voiced, and produced aired scores of times weekly on the highest rated New York City stations. A return to corporate communications had me again voicing and producing audio tracks, which laid the groundwork for my future in providing effective communication in the form of voice acting, narrations and character voices for a broad spectrum of clients and applications.

As a versatile, credible and reliable non-Union American English Voice Actor/Narrator, my voice can be described as: Neutral (non-accented) North American, comfortable in the age range of 30 to 60 years, baritone/bass, deep, resonant, smooth, warm, rich, clear. Easily directable, some of my vocal styles include friendly, sincere, blue-collar, folksy, rugged, believable, authoritative, conversational, instructional, sexy, powerful, cynical, wacky. With an extensive background in corporate/industrial and eLearning genres for many Fortune 500 companies, and innately fluent with technical material, I provide expert copy interpretation and delivery in a manner appropriate to both the subject matter and the audience, in either an instructional or conversational style.