"Thanks for the lovely birthday wishes everyone!" 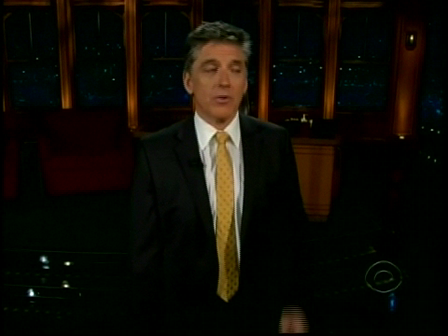 "OMG. I have such a school girl's crush on Craig Ferguson. If only I were one of the people who could stay up that late to watch him...alas, I guess that's why there's the Internet. Thanks for sharing this one, Rob. Do we know who did the "Morgan…"

"Health, Happiness, and Healing thoughts to September for January, and All for 2010...!"

"Seriously, gang...let me know your availability, and we'll have a few folks over. Oh, and for the coaching inquiry, I do work as a VO coach. I have over a decade's-worth of teaching experience, and love to share all I've learned from the brilliant…"

"Gang, we've still got some "happy-hour-in-the-making-materials" leftover from my engagement/birthday/Virgen de Guadalupe/Saint Barbara party, and have ample street parking if Seattleites want to bike/rideshare/bus on over to the North End. I'd need…"

I noticed your post in the NW forum, and wanted to let you know that I currently do private VO coaching in Seattle.

For more information about my methodologies and experience, feel free to send me a message and/or check out my…"

"Hollah! (How would Gwen Stefani spell that?) I'm up for a drink. Maybe Thursdays? Seattleites, let's pick a pub or wine bar that works as a happy medium, and maybe we could make this a weekly or monthly thang. Possibly even morning coffees on…"

"The party was in Seattle, and it was a humdinger...the living room floor was hoppin' with all the swing dancers---and there, of course, were these lovely Polish drinks of vodka, raspberry syrup and tabasco, to keep my, uhm voice, uhm yeah, that's…"

"Best, er uhm, only, birthday song anyone's every written for me! THANKS!"

"Hi Daniel,
Thanks for welcoming me to the group. Excellent.
Looking forward,
Michelle la Loca"

Thanks for listening to the "Palin". Would love to do/collaborate on a mock interview at some point with one of your "anchormen"...

Thanks so much for the warm welcome into the UNIVERSE. I believe we've actually been rep'd or are currently rep'd by some of the same folks across the country. I've certainly seen your name pop up quite a few times!

Raised on a working cattle ranch on the edge of the Badlands, and first introduced to acting at The Yale Summer Drama Program, I've since studied voice with Will Lebow, Cynthia Songe (@ Sue Blu/Blupka), Patsy Rodenburg (Sir Ian McKellan & Dame Judi Dench's vocal coach), and at the National Voice Intensive. Over the past 15 years, I've brought to life tons of animated characters for Humongous/Atari, Microsoft, The Robert Wood Johnson Foundation, in addition to working on regional (Colorado Lottery) and national ads (AOL) both behind the mic and in front of the camera in both Spanish and English. On stage, I've been anyone from a pregnant West Texan to a manic Meryl Streep. Currently, I'm working on writing both a short film and a feature, exploring cross-cultural and gender constructs, and the short IFP Spotlight Award-Winning project I had a supporting role in, "Betty", which investigates mental illness, just premiered as a work-in-progress to exceptionally positive reviews in Seattle. Rep'd by talented Tom @ VoX in LA, jazzy Julie @ Real People, devine Diane @ aRia, and inCredible Kathleen @ Donna Baldwin...