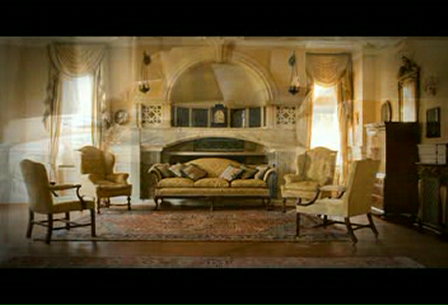 "Hi Lani!
Sure, I'd love to send in my info. for you to assess! Thanks for the nice note. The word "ass-ess" is a little tricky.. eh? Been in this business in one form or another for nearly 30 years. And, I believe there is always something NEW to…"

"Thanks for the welcome Michael! I actually came in third the first round of this game... and, thought I'd already signed up as a member... LOL!

Thank you so much for the wonderful compliment! You're not bad yourself.
I see you're from Inglewood... I used to live there when I was a little girl... of course that was years ago in the late 60's and early 70's!

Have a great weekend!
K"

"Dan,
Thanks for contacting me. I'd love to join your group. Thanks for the invite and your nice welcome to VU!
Kristi"

"Hello Penny!
Thanks for the kind note! I'm glad you like my headshot. Just recently had them done. I'd be delighted to join your group.
Please keep me in the loop. It's very exciting to be involved with such a talented group of people. Thanks again!…"
More…
Loading ...

I've been a voice actor for 25 years. I have worked in the U.S. and in Canada. I have lived and worked in Canada for the past 20 years. During that time, I have been a National IMAGING voice for two major television networks in Canada - GLOBAL TV and PRIME. I have also voiced commercials and promos for sister station, CH Television in Hamilton, Ont., 97.3 EZ Rock Radio- Toronto And, just recently, became the signature voice for Denver's VISTA TV. I am the National Female Narrator for the annual Ernst and Yonge Entrepreneur of the Year Awards for Canada and the U.S. I have been their female narrator for the past 8 years. I also narrate a weekly real estate program entitled: HOUSECAPADES, which airs on the FOX television network in Canada and U.S. I narrate audiobooks as well. My most recent, "Deadly Beloved" by renowned author, Max Allen Collins was released last winter on the SPEAKING VOLUMES WEBSITE. I also voice on-hold messages and IVR systems throughout Canada and the U.S. I work for a company who produces these messages on a weekly basis. I am the official voice for cellular phone company ROGERS HOME PHONE SERVICE, as well as Toronto Hydro, Enbridge Gas and many others. I have several clients I do work for in Canada and the U.S., and I am represented by VOX TALENT voice agency in Toronto. I have hosted a quarterly business podcast for deloitte and touche - Deloitte Canada insights. I also have experience on-camera as an actor and on-camera presenter and host. I have even hosted and produced my own cable television program. Just recently*****3rd place winner in the recent MARLA KIRBAN VOICE WARS Competition here on VU!*******

Kristi's voice is well suited for narrations, corporate websites and on-hold systems. Kristi has a warm, welcoming sound to her voice and, she can handle difficult, technical scripts with ease. She has often been referred to as the "girl with the smile in her voice." Kristi also has quite a wide range. She can be your "next door neighbor", a "sweet Mom", a "sexy visitor" , an "elderly woman" or, a "wicked witch". Kristi has the ability to re-enact many characters, and was even a re-occuring character on a sci-fi podcast. Kristi was also a finalist in a SIMPSON's sound-alike contest, where she re-enacted the voice of BART.