Journey to the Center of the Uterus: Adventures Infertility! is hosting an Industry Night this Weds, Oct 7th at 8pm at the Greenhouse Theater Center in Chicago.

Show your headshot or VO demo and get in FREE!

New Dates Added to Journey to the Center of the Uterus
More Chances to Experience this "Truly Funny,…" 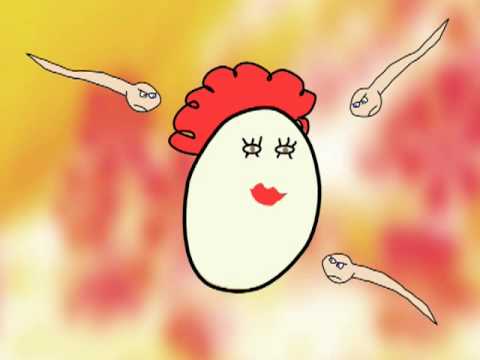 "Hey Women! I plan on touring this show, but here is a taste of what the Midwest Premiere is all about:

Journey to the Center of the Uterus: Adventures Infertility! is a completely original, multi media comedy, which I wrote and produced, about my…"

Journey to the Center of the Uterus: Adventures Infertility! is a completely original, multi media comedy, which I wrote and produced, about my own experiences with infertility. Journey incorporates the characters I encountered,…" "I haven't been here in...forever! Actually I've been focusing on my show which premieres in Sept. If you're curious, go to www.journeytothecenteroftheuterus.com for info about the show. It did very well in previews so let's hope it gets bigger and…"

"Hi Everyone...it's been a while since I've been here so I thought I'd check in. Been busy completing the last bits of my show...Journey to the Center of the Uterus; Adventures Infertility! It's going up at the beginning of May so I'm excited! I've…"

"Hey Everyone, first post to this forum. I need an opinion on a mic. I need something that's audition quality and am going to set up a very basic studio. I just connected with an LA agent and need to possibly email auditions. I have the H2 Zoom mic…"

"Very nice! I hope you get in touch with him. I think he's been doing some History channel stuff..."

"Hey Kurt! I sent you an email re: Pete. I can't remember what I posted though!"

"Hey Shelley! Have fun here...there are a lot of great resources and people!"

I'm hoping that you can do me a favor. I've recently launched a website called www.ivfjourneys.com. I hoping that you might pass this along to anyone who might be interested or anyone who could benefit. Let me know if you have any…"

"There is a techy group that you could join. They'd probably be able to help. Although I'm sure there are some women here who know those ropes.

"Welcome everyone! So, what kind of help do you need Susan?"
More…
Loading ...

I have been an actor, improviser, voiceover and teacher in Chicago for many years and a member of SAG/AFTRA for about 11. I've been doing the hilarious sequel to Late Nite Catechism called Put the Nuns in Charge at the Royal George Theatre for almost four years! (www.putthenunsincharge.com) I perform regularly for the Chicago Comedy Company (www.chicagocomedyco.com) which includes writing and performing sketch and improv for colleges and corporations around the country. I also teach voiceover to beginners at Bosco Productions in Chicago where I like to incorporate improvisation into the class to get the creative mind and body working together. I love what I do!