"Zurek, amazing shot. You should be very proud, and I will echo the sentimient; How OLD are you? Boy, I'll have what your're having! " 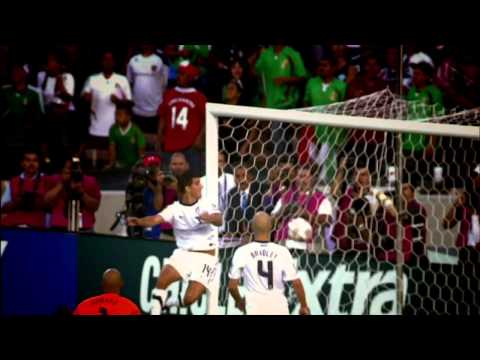 This is a Spanish commercial I recently recorded for the US vs. Mexico soccer game that took place on August 10 at Lincoln Financial Field in Philadelphia.
See More

"Hi Jeff,
I apologize for my horribly late reply, but yes it was Steve Stucker who I was supposed to interview with at Q-106. You are absolutely right he is now the weather man on channel 4's morning newscast. As a matter of fact he just got back…"

"Hi Darla,
I saw your comment from last October about sending the wrong audition to a P2P site, and had to chime in with an anecdote. Last year I was working on two projects, one was a really hard sell while the other was a more conversational piece.…"

"Hi Jeff,
Great to hear from you. I have been in Albuquerque basically all of my life except for 7 years when we lived in Texas from 1977 to 1983. Ironically I had interviewed to work at Q106 in 1986, but instead went to work at another station.…"

I was on your page and saw you are from my neck of the woods, Albuquerque!
Just wanted to say hello to a fellow Albuquerquean and wish you the best.
Joseph
"

I just saw the In your Community video. Awesome! Keep up the fantastic work.

"Congratulations from one Joe to another!
I want to chime in with my fellow VO's and congratulate on a well deserved award. You truly deserve it not just because of the fantastic work you do, but also because you are always there to answer questions…"

Please let me know if you are still needing Spanish talent.
Great to see you here at VU.
Thanks,
Joseph"

Great to have you as a friend. Keep up the great work!

Just wanted to welcome you to the community. Congratulations! Keep up the great work!

I hope you are doing well...

"Hi Paul,
No worries, I understand you are probably a very busy man these days. Great work by the way, keep it up!

You have heard the saying "I was born to do this!". Well, I was born to do this! I started doing voice overs at the ripe old age of 5! My father was in radio for 40+ years, and was one of the first Spanish broadcasters in the United States, so you could say I was raised part time in a production studio.I followed in his footsteps and was on the air at age 13! I stayed in the entertainment industry as I was later an actor on stage, in film, and of course on the radio. I have recorded literally thousands of voice overs for many companies, including several documentaries and audio books.

I just recorded another national radio spot, this time for Foundation for a Better Life. Also, voice another couple of regional spots that will run in all of Florida and parts of the Southeast for Comcast. And last but certainly not least, I just voiced the film trailer for the movie "Fear of Flying" coming this summer!

Very versatile as I have a deep, smooth, baritone voice that can be authoritative and booming. However I can also do the quieter, sincere, honest reads quite well.