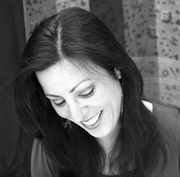 "Oh Ken... How terrifying that must be for you all!  My thoughts and healing prayers go out to you and your entire family and I know I'll only be one of many to wish your son a speedy recovery.  Many hugs, --Jodi"

"I'm so very sorry for your loss, Bob. :( Cathy sounds like an amazing woman. There are never really adequate words, but we're all here for support if you need it."

"Sending many thoughts and prayers of healing your way, Cathy and Bob.  Take good care."

"Thanks for the add, Ann! :) Really glad you liked the AKG Perception 220 too. I can't take the credit though. Cira Larkin was the one who turned me on to it in the first place. :) I'm loving it too though! All the best. :)"

"I've seen a few people put up videos on YouTube now, Matt. But you're right - it's still pretty new. :)"

"Thanks, Lani! And thanks very much for your production of this video, Jason. As you say - it's great to have this extra way to promote myself. Just a little extra "oomph". :D" "Thanks, Randye! Jason's pricing is extremely reasonable, actually. :) This is just a pretty cool way to get across the message of what I do... Looking forward to Hershey! :D"

"Thanks, Mara! If you're interested, speak with Jason at audioartcafe.com . Tell him I sent ya. :) He's really good at this stuff."

The "yummy" choice for professional voice. A compilation of some of my latest voice overs including commercials, narration, radio imaging and jingles. Create...
See More

"So glad things turned out well for you, Penny (knew they would! :) ).  And yes, the stopping of pain is a good thing!  I remember my mother saying the same thing when she had back surgery many years ago.  It's a life-changer.  Hope you have a…"

"SO glad that things went well, Penny. Here's to a speedy recovery!  Rest up and take good care of yourself!  *hugs*"

"Take good care of yourself, Penny. There's lots of love coming your way. :) Wishing you all the best at this special time of year - and all through the next. :) *hugs*"

"Sending many hugs and wishes for your speedy recovery, Christine! Take good care of yourself, rest up and absorb all the healing energies from the cosmos. :) (((HUGS)))"
More…
Loading ...

Jodi Krangle has done the narration for documentaries (Mystery of Saipan, HRTV's Rachel's Story), along with other narration projects, radio and television commercials, Internet videos, e-learning, various voice mail projects and radio imaging, both speaking and singing. She has been the imaging voice for a major online hotel booking service and has voiced various projects in the relatively new field of book trailers. Some previous clients have included: Nespresso, Skoda, Ernst & Young, Panera Bread, The Shopping Channel, Hooked on Phonics, TASSIMO, Toyota, Vistek, Florida Keys Tourism & Baltimore International College. Jodi has been working in a studio environment since 1988 and is entirely comfortable in front of a microphone. Her music group, Urban Tapestry has produced a tape and 2 CDs and Jodi has provided her back-up and demo vocal talents to various music projects around the world. Urban Tapestry has been performing together since 1994 and has guested at music conventions in Germany, the UK, Canada and all over the US. At one of those music conventions in Atlanta, GA, a convention she goes to every year, Jodi sings jazz standards backed by a full band (Play It With Moxie). She is also the creator of a well known songwriting resource website called The Muse's Muse. The site was created in 1995 and has since gone on to win awards and acclaim in various well-known magazines like Keyboard & Billboard as well as newspapers like The Wall Street Journal. In her capacity as creator and administrator of the site, she has hosted her own webcast on the site's independent songwriter radio, Radio Muse. Jodi's background in singing has helped her immeasurably in the area of voice overs, but her background in Internet Marketing (since 1995) has also been very useful in the area of promotions - both for herself and her clients. She understands how to connect with the copy so that it does what it needs to do. Coupled with creative writing training and an English degree, Jodi's potential to help her clients achieve success becomes limitless.

Jodi has a rich, chocolaty smooth alto with a warm and friendly tone that can shade towards sensual and sexy or lighten in timbre to upbeat and perky.