"Hi, Norman, thanks for the nice welcome. So far, I've found VU a wonderful resource and fantastic networking! great job!"

"I have some questions for you, but can't seem to find a way to send a message without everyone being able to see it. I'm a VU newbie. is there a way? or can you give me your email address? thanks. jenjiles@aol.com"

"Thanks so much for your lovely comment. though working at Radio City was memorable, I like this part of the biz much better! easier on the back!"

"Thanks for the add! I look forward to being as busy as you in 09! happy New Year!"

"I just got thru this thread. Thank you, everyone, I've taken diligent notes. Everyone has been really helpful. Thank you, James, for your clear advice, too. I did some "cold" calling when I first got to NYC in the insurance biz and the better the…"

"thanks for the kudos. I have to get back to the discussion. I'm taking notes!"

"thanks for the lovely welcome. I'm excited to be here!"

"Okay, my clients so far are thru bookings thru my agents. I get to know them to a certain degree, but feel like I'm there to do a job and go to the next one. It always feels weird for me to hang around and make conversation, etc, though I often see…"

"Thanks for the welcome, Penny. And I will join your group, as I can always use more positive energy!!!! Here's to a wonderfully successful 2009!!!"

"Thanks for the nice welcome, Dan. Your discussion is just what I need. Currently, I only work thru my agents and would like to do more biz from home. I would like it to be Union, though. How do I do that?" 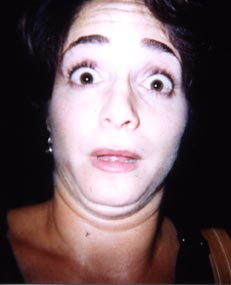 Living in the suburbs now with a small home studio (and a husband and 2 small kids!), I'm not far from Manhattan where I do most of my bookings and auditions. I have voiced hundreds of radio and tv commercials, as well as narrations and promos. You can also see me on-camera, later this year I'll get back on stage (I've worked with Tim Conway, Carl Reiner, Shani Wallis, Sam Eggar), I have an Emmy award for hosting a kids' show, and in a former life, I did stand up comedy in NYC after working at Radio City as a Rockette (just to vent as to what that was really like!!! :-) That venting turned into a one woman show called KICKING & SCREAMING, The Musical! written and performed by me. "Only an Ex-Rockette Can Tell You What Goes on Behind The Kickline." For upcoming shows in your town, check out my website.

I currently voice the TV spots for the tour of "Wicked", the Broadway musical. Other recent v/o projects include: Sunny D, Ebay, Everydaykidz.com, Lowe's, AT&T, Arby's and Nuvering.

fluent in English only, can read French

Clear, and can go quirky... can go straight for AVO and narrations. Being a seasoned comedic actress, I have a wide emotional and character range available. I can certainly add texture as needed, but most of my commerical work is as the clear "Mom" or "Wife".