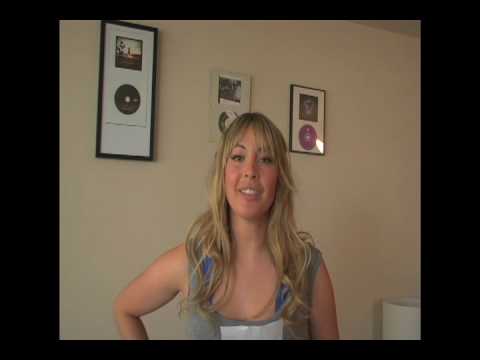 "Wow, cool Amanda! They all kicked me butt...great warm-up excercises, thank you so much for sharing! BTW, you have a wonderful voice!
Thanks again,
Jeff"

"Hi Tracy Ann! I am so very happy and excited for you. After listening to your demo, it's no wonder why Abrams chose to sign you...congratulations!"

Sure was fun watching you - great work! Reminded me of MY last TV interview...LAST SATURDAY!

At least get Source-connect...that way, you'll be able to do live sessions with other S-C studios...AND you can do an ISDN "bridge" (WITH an ISDN studio) if another studio wants to hire you.

Even if you don't get many (Or even any other) posts on this...most of us can relate and empathise with your loss..."pets are people, too." -Hope you'll be getting another furry friend again sometime down the road...when you are ready.…"

"Gregory,
I'm so sorry for your loss. I had to put down my best friend of 15 years, Neut (Neuter) and, as I told my wife, it was just a difficult as when I held my mothers hand while she died. -I was really surprised at how close we has become.…"

"Way to go, Penny! Maybe not everyone can stop the voices from saying things like "You're too old"...and "What's wrong with you"...but, you can TRAIN them to say what you want; "You're never too old"...You can DO this"...etc.
-Always love your…"

-Sending out many positive, healing vibrations into the universe for you - as well as green tea with ginseng, vitamin C and lots of fluids! -Hope you start feein' better very soon!

Thanks - may God continue to bless you, Penny.

I recall reading something about you having Stanley Clark layin' down some stuff for you for one of your projects - any way you could please send me the link to where I can hear it? Stanley was just in town about a month ago, with Chick…"

Just wanted to thank you for that really nice tribute, as well as the inside look you gave us, to Don LaFontaine in your latest vid. It was not only interesting, but also touching - you guys were so tight...must have been like losing a…"

"Our loving thoughts and positive prayer meditations are with you and your family, Don...Godspeed for a full and healthy recovery!
-Jeff"

I'm not sure how to submit a question to your show, so I'll just ask you here if that's OK: We saw (And as always, thoroughly enjoyed) the part of last weeks episode where you gave us a peek at your "Remote" set-up, (In addition to rescuing…"

"No kiddin' Jeff,
But, I am surprised at how many (L.A. especially) producers still wanna "press the flesh" and see my face in person...which leads to the only other down-side, which is not insignificant, and that's the big city face-to-face…"
More…
Loading ...

(Bio:) Jeff Bordner is an Emmy Award Winning Voice Actor, professional broadcaster, film and commercial actor and live performer/Master of Ceremonies. With over 25 years of professional experience in the largest television and radio markets in the world -- from New York to Los Angeles and overseas -- he has performed as a national and international voice artist, radio personality, TV host, news director and sports announcer. In addition to announcing for The International Olympic Committee, The Utah Jazz and other high profile events, Jeff has lent his versatile, baritone voice to The NBA, XFL and NFL for some of their promos, too. You may have also heard his voice on Sirius/XM radio, ESPN and many other radio and TV affiliates. Among his numerous voice-over credits, Jeff has also been the voice of national TV shows such as Paramount Picture’s “Hard Copy”, “USA Broadcasting” shows and “Republic Pictures” movie Trailers. He is a regular promo voice talent for various major TV networks and has voiced and produced countless award winning radio and TV commercials – not to mention the many character voices he has performed for animated videos, cartoons and video games -- over the course of his broadcasting career. Jeff served as a board member of The Utah Suicide Prevention Hotline in 1980s. He has also been an official board member of The Make a Wish foundation and throughout the years has been actively involved with multiple charities, including The March of Dimes, The Humane Society and The Muscular Dystrophy Association. In addition to film and commercial acting, Jeff is also an accomplished drummer/percussionist, skier, scuba diver, commercial writer and producer. He is a member of both “The Screen Actors Guild” (SAG) and “The American Federation of Television and Radio Artists” (AFTRA.) Originally from Canton, Ohio, Jeff currently resides in Sandy, Utah with his wife, Jennifer and their son, Seth Henry. They like Northern Utah for its “Greatest Snow on Earth” and its close proximity to Park City, home of the Sundance Film Festival. Jeff also owns a home in Arizona, where they occasionally like to rusticate when the Utah snow gets a little too deep. Mr. Bordner is represented by The Abrams Artists Agency in both New York and Los Angeles.