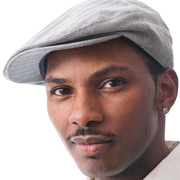 Jason was ranked top of my class in Janet Wilcox's class, taught at UCLA, and studied animation classes with Voice Trax West, as well as various workout groups around Los Angeles. He has also done various short films and pilots. He is also an alumni graduate of Beverly Hills Studios in Southern California, and was in their top ten "from student-to-pro" list.I am a ball of energy,and have been doing VO for years. It's exciting, rewarding, and extremely lucrative!

Narrator of The Legend of Jo-lan complete series of audiobooks, and the voice of the Cuban character in the latest Northern Light Productions documentary.