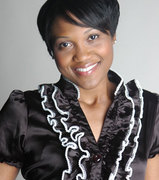 "LOL...just saw your comments. If I could I would...just like everyone else I'm hustling everyday, doing auditions and constantly looking for the perfect agent for me. Pray for my success and I'll pray for yours. Be blessed my sister."

"Thanks so much for your words of encouragement. I really needed them about now."

"I noticed today was the celebration of your arrival on the planet. Happy Birthday!!!" "Thanks for the love. Be blessed!"

"Thanks for the love. Let me know if you can ever use my services! May peace and blessing rain on you!!!"

"Thanks for the Memphis love!!!"

"When I grow up I wanna be just like you Ms. Toy! You have a great list of accomplishments.

"Nice to meet you Deb and yep Clear Channel Memphis is where I cut my radio teeth. If you discover the secret of unlimited VO jobs please let me know (wink)."

"I appreciate the positive feedback!!!"

"Thanks for the add. Peace and Blessings...."

"You and I met on the TJMS Fantastic Voyage this year. So happy to see you again (smile). Peace & Blessings!"

"Can't wait to meet some new people and learn how to be a better vo professional!"

"Thanks for the add request. I also invite you to join my copy writer's group, and I hope to see you in LA for the conference. I LOVE your voice."

Our paths crossed years ago and I'm glad to see you are still doing your thing. Be blessed!"
More…
Loading ...

Jae Henderson has been in the radio industry for ten years and has been doing professional voice work for seven. She began as an intern for the "first black-formatted station in the nation" WDIA and has been going strong ever since. Jae has served as a talk show host and producer, director of community affairs and a promotions assistant. She has also been featured in more than 100 commercials in over 12 markets. They include major players like McDonald's, Applebee's, Phisoderm, Shoe Carnival, Kroger, Steve and Barry's and more! She was recently cast as the lead female voice in an upcoming animated film! Jae LOVES what she does so she brings enthusiasm and hard work to every project she undertakes. In addition to being a voice over artist, Jae is also a copy writer so she knows the importance of an excellent delivery and just how to make it happen. NEED A BIO OR A PRESS RELEASE? Check out Jae's other life as a freelance writer. www.putitinwriting2.com

I am now the official voice of regional women's fashion chain HOLLIDAY'S FASHIONS. May not seem like much compared to the greats on here but I'm stoked!!!

Jae Henderson has an urban sugary sweet voice that gets noticed because of her unique sound. She can go from a pre-school aged child to a hip 20 something in a flash! High energy is definitely in her repertoire. She can also flip the script and go slow and sexy if asked nicely.........