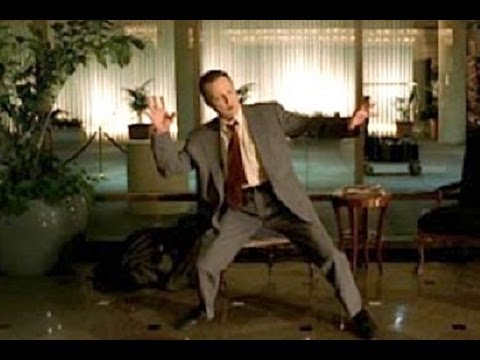 "HI Joey!
Thanks for finding me on here! Let's def. keep in otuch on here too- (I believe we're both a;ready frends on facebook, right??) But, def. keep m eposted about all you're doing- Hope your New Year's going well so far- I just found out this…"

"Hi John!!! Thanks for finding me on here! I would love to hear how life is when you get a chance- fill me in- In the meantime, I'm going to be in a commercial spot for Xars. com that airs during the Super Bowl (on-camera) I play a safari tourist…"

"HI Andrew! Thanks for the friend request! Would LOVE to keep in touch and make sure to keep each other posted about all that's going on in our VO worlds! I am trying to get on here more regularly, (been running around..) but would love to keep in…"

"Thank you Panny for asking me to join! So appreciate it! Sending you the best, and spk soon, Heidi S! :-)!"

"Hi Penny!
Thanks so much for your lovely message! I def. will be joining your group- it sounds amazing (positive thinking is the best way to be!!), and I also would like to arrange w/you and James (via Connie) a way to interview you for an article…"
More…
Loading ...

Acting in: Film, TV, Commercials, Theatre, Voiceover of all kinds. I have worked as an actor since I've been a kid. - present. Acting background is extensive: ie) through Actor's Studio, and presently study with renowned teacher Stephen Book. (more acting background, credits bio, event photos, representatiion, links to all of my work reels, including voiceover on imdb.com) I've been doing voiceover since 1990. I specialze in Commercial & Animated characters. I have also done Promos, and Narration, as well as many In-House projects, that require loads of material to be learned right on the spot, after only one reading of the information. I'm from NY originally, and can speak very quickly if needed in reads, as well as have performed technical & medical jargon very easily for complicated reads in many past projects! I have been a Spokesperson extensively for Walmart, (TV & Radio campaigns since 2008), Neutrogena, Denny's, The Gap, Nissan, Lexus, Fuji, Toyota, United Airlines, Mercury Sable, Pamprin, Wonder Bread, Hostess Cupcakes, So Cal Edison, and many more. Currently, I'm in the recently released Atari (Vivendi- X Box) videogame "The Chronicles of Riddick: Assault on Dark Athena" (w/ Vin Diesel) (Mo-cap, Perf-cap, & VOX), as the character Ellen Silverman basd on film "The Chronicles of Riddick"- (just releasd March 2009). I have voiced aniimated characters for Nickelodeon, TV Land, Cartoon Network, Warner Bros: (Superman 2 re-release DVD set - as Lois Lane), & numerous video games. Also, I've been a Columnist for Backstage (fka Backstage West), by writing about the field of Voiceover, and also interviewing respected people in all areas of the voiceover field! (since 2008)

My most recent endeavor has been Voiceover work for Walmart's TV & Radio campaigns, as their Spokeswoman, & have been since 2008. I've also recently done voiceover work as the Spokesperson for Southern California Edison's recent "save energy" campaigns, & as the voice of Lois Lane for Warner Bros.'s past release of "Superman 2'. I also am the Mo-cap, Performance-cap & VO/performance capture of the character Ellen Silverman in the recently released Atari (Vivendi- X Box) videogame "The Chronicles of Riddick: Assault on Dark Athena" with Vin Diesel, that was just released in 2009. (Based on the film "The Chronicles of Riddick").

most French, some Yiddish.

I will break down my Animated kinds of characters first (1), then my Commercial sounds underneath that (2): (1) I specialze in Animated characters that range anythng from young kids (girls & boys- all types: gravely textured boys' voices to happy cute-sounding girls, as well as their older counter-part voices as older teens (cool or nerdy teens....), small furry, adorable or snivelly creatures, with lisps and whacky speech impediments- to nasal-voiced nerdy characters, as well as geeky, neurotic characters, and all the way to downright upbeat elves!- I have played the voice of the Heroinne (lower, textured - husky voice = very similar to my own...), and am very convincing as Evil Sorceresses/witches- (bellowing / scary) - ie) as I have voiced for Nickelodeon's "Snow White Special" as the Wicked Step-Mother & Evil Queen, etc. & everything you can think of in between. I specialize in all accents from all major countries/languages, & adept at adding them on to characters if asked on the spot! I have a HUGE expertise in Evil laughs, & am known for my variety and pitch of many laughs, as well as being able to sing in character = since I'm from a Musical Theatre background & can belt with the best of them, as well as sing as Betty Boop (a character I'm known for...) I'm very proud of havng truth in all of my voiceover reads for whatever I'm performing! (2) In my Commercial work, I have performed in all kinds of spots. Even though my natural register is of a husky quality, (which is great for everything from sexy reads to the knowing saleswoman who's sharing a secret-type reads...), I also have used my higher vocal register to play the upbeat character girlfriend, and the quirky girl who delivers funny copy extremely well, the whacky neighbor who's nosey, or the secretary who's questioning her job. I have definitely voiced many Moms of all types: the persnickety Mom asking about her child's health, to the young Mom sharing that her headaches can be relieved with Pamprin. I love performing comedy in well-written scripts, and also do subtle humor well too. If any whacky characters or accents are needed in Commmercial voiceover, I feel fortunate to have the animation background to pull from! (I truly love using any kind of characters in Commercial voiceover, but also respect and perform the simple, humble commercial copy that is needed as well, for particular projects that are out there!)