"Hey Paul, I just got done watching the "Celebration" DVD! It turned out great! Among others, you and AJ really stepped up in a big way. 'Nita would have been a wreck if it wasn't for the 2 of you! I believe "The Man" himself would've been extremely…" 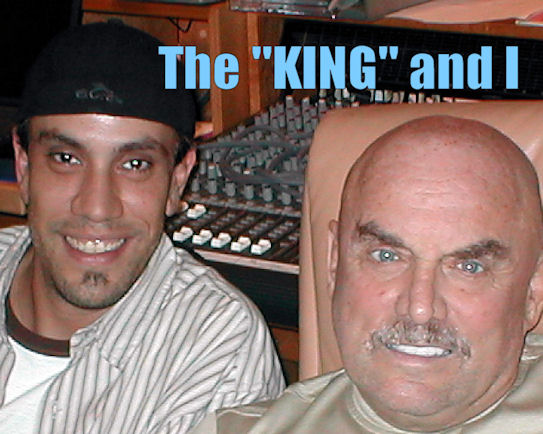 "Jpe,
I'm one of Don's nephews. I was at the service last Tuesday but had to take the red-eye back to Minnesota, so we didn't get a chance to meet. I really wish we had, I wanted to thank you for speaking so eloquently about my uncle. He definitely…"

"Jasen,
We are all leaning on each other during this difficult time, and it's the thoughts and prayers that help more than words can express. So, thank you on behalf of his family and friends. He was not just an uncle to me but a mentor and a…"

"So you don't have to listen to the whole demo again, the unicel and autism spots are back to back and they start right around the 2:05 mark.
THKS Again!"

"Bob,
1st off, sorry it's taken so long to comment back, sometimes I don't get online for days at a time.

Thanks for taking the time to listen to my demo and thanks for the advice. Funny thing is, everything you said I completely agree with, I just…"

"Hi Bob,
I would love to hear your critique of the demo I have posted, whenever you have the time. Thanks in advance!"

"Hey Unc!
Thanks for the tip to this site. I'll definitely put it to use. I do have a couple possibilities coming up, so I'll probably be calling you soon for some advice. Jeanine and the kids send the their love as well! Hug the girls for me.
Jas"
More…
Loading ...

I was about 14 when I realized I wanted to get into the VO business. That seed was planted by the one and only..... Don Lafontaine....who just so happens to be my uncle!! It's thanks to his advice and guidance, and the inherited "pipes" of course, for getting my VO career going. I have a degree in Radio Broadcasting but have primarily done just freelance voice work. I have done many commercials, bumpers, and liners for a couple different local radio programs/stations, including a few that currently air during the Minnesota Twins games. In 2007 I received an award for best voice over from the IMPAA (Iowa Motion Picture Assoc. Awards) for my work on an corporate video. I have narrated an audio book, and CD-Roms as well.

Radio commercial for the Minnesota Twins broadcast, an infomercial for Boji Film Productions

Deep baritone similar to Don Lafontaine. Pleasing tone good for instructional/informative type reads. I'm capable of mellow and monitone, or rough and edgy, whatever you need.