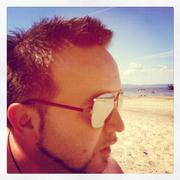 "Hey Zurek! Greetings for a Merry Christmas and a Happy New Year from right here in KL, Malaysia.. where I'm spending Xmas and New Year...! Just sitting back with a cold beer enjoying your excellent station sound on CI Channel here..! It's been too…"

Just been to visit the guys at Radio Latina here in Luxemburgo!

Have you sent them your voice demo?

"Can anyone tell me more about getting representation in the US? I'd like to be getting radio imaging work and more other projects like TV and Film Commercials."

"Welcome Don! I love your work! The funniest of all is when I heard Rick Dees ask you to say words like Gingko Biloba!! Thanks for all the continued inspiration. Enda"

English and French plus "survival" Spanish/ Portuguese, Italian and German.

Male, Irish (Southern) and can voice all North and South Irish and UK accents from Northern irish to ,"posh" to "cockney" -in fact all the UK accents.Clear, Energetic, Smooth. A warm voice that cuts right through. Also could be described as Fresh, Engaging and Fun.Commercial Voice Over, Narrator, On Hold and New Media projects, Radio Imaging, TV and Cinematic Trailers. A well rounded voice actor with a broad and deep vocal range. "Enda's voice really suits the fast pace of FM104's Download Chart. I've found Enda a pleasure to work with, offering a fast turn around time while giving excellent attention to detail in his delivery." - Pat Gill Production Director, Dublin's FM104, Ireland. “Enda’s is a multi-purpose, warm and versatile voice, which I’ve used with great satisfaction in a variety of productions – for radio, television and the cinema. A voice is only as good as the mind that guides it, and Enda’s is a smart and witty one. What can I say?” - Cecile Somers Voice Director and Coach IP Luxemboug Advertising Agency.