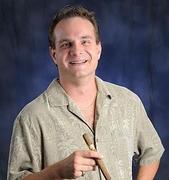 "Sure, Chuck! It's called a Focusrite Producer Pack ISA430.  Love it!"

"Thanks very much, Penny!
" Thanks to our good friend, Commodores manager, David Fish, Colleen and I enjoyed the company of this legendary group at Busch Gardens in Tampa, Florida, 2/27/11
See More
0 Barry Manilow is playing five markets in Florida and I'm doing the voice on all radio and TV for the engagements. This is the TV spot for Orlando.
See More This is one of literally hundreds of spots I've voiced and produced for the Radio City Christmas Spectacular national tour, starring The Rockettes. This year, the show is playing some west coast cities for the first time in its 75 year history. The…
See More

"No complaints, Mark! Been keeping busy with WWE (of course) and The Radio City Christmas Spectacular--and anything else I can grab. Today is one of the rare slow days (although, this morning was crazy); with some luck, cocktail time might come…" "When I did that spot, I think I was using a T-Rax plug-in with Pro tools for the mixdown. I've since changed to something I find a bit cleaner--The L316 Multimaxer. Still, ultimately, the audio is going to be at the mercy of the radio station's…" "Absolutely love it! Shared it on my Facebook page (with credit, of course)." 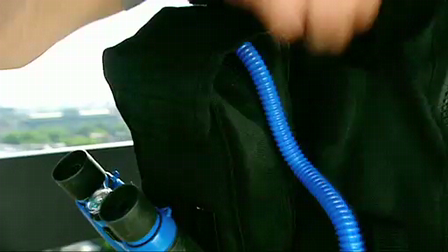 I recently signed a contract with Nickelodeon UK to be the announcer voice of their U-Pick Summer promotion. This will air throughout the British Isles. It's great to be back doing voiceovers in the UK! It's been a long time!
See More 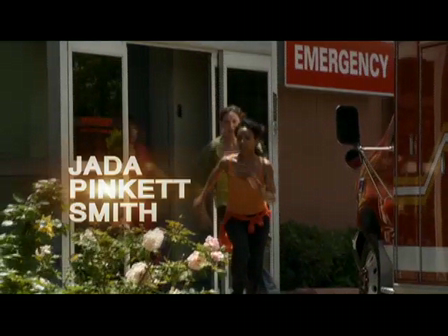 This :15 promo promotes season 1 of "HawthoRNe," starring Jada Pinkett Smith. It's taken 30 years, but, this is my first Hollywood project.
See More Thanks to producers Tommy Collier and Jerry Sexton for use of this video I did for the US Army. Thanks, especially, to those who participate and serve our country. G-d Bless!
See More "Thanks, Penny, for the nice birthday wish. Colleen and I are having a cookout tomorrow..If you--or anyone else local--are in the neighborhood, please join us!

"Chuck:
Odd you should ask me about audio processing: I'm just getting ready to put a bunch of Symetrix, dbx and Joe Meek equipment on eBay today."

I run my U87 through a Focusrite Producer Pack ISA430. For mixdown, I use a slight bit of the L3LL Multimaximizer plug-in. I don't like to process stuff too heavily--particularly for radio--since the stations will crunch the hell of it,…"

"Bob! Your stuff is PHENOMENAL! Do you do stuff for Tour Design or Bill Young (since I know you're not working for us, at Nick Sommmers Productions)? If not, you should be! I showed Nick Sommers your video a couple days ago. Being an old radio guy,…"
More…
Loading ...

ED WEIGLE has been one of America’s most prolific voice actors for nearly 40 years. Since age 13, he’s lent his unmistakable voice to literally tens of thousands of radio and TV commercials, promos and trailers—even Aerosmith’s 2012 music video, “Legendary Child.” For 18 years, he’s created voiced and produced all radio spots, heard worldwide, for World Wrestling Entertainment. He’s recently voiced projects for ABC, Lego, NBA, ESPN, Kia, Columbia Sportswear, USANA, IBEW, Cartoon Network and Nickelodeon UK. He's currently heard in all US markets as the announcer on TV's "Couples Court with The Cutlers" and narrates "Territories Wild with Tom Miranda" and "Doug Koenig's Championship Season on Outdoor and Pursuit channels. Since 2008, he’s been the announcer and occasional guest host of the nationally syndicated radio program, “The Cigar Dave Show,” heard on nearly 160 radio stations, coast to coast. He can also be heard on radio billboards and show intros on Michigan State University's Spartan Sports Network. Ed—an early rock and roll historian—is the biographer of his late friend and mentor, Pittsburgh radio icon and Rock and Roll Hall of Fame honoree, Porky Chedwick. He’s written various articles and contributed to books, publications and motion pictures about music and the radio industry. In 2015, he was featured in the book, “Legendary Locals of Latrobe,” along with Mister Rogers and Arnold Palmer. He is a founding partner of Digital Beach Studios, a full service radio and TV production company in Venice, Florida, specializing in live event media for the entertainment industry. Visit www.digitalbeachstudios.com for info and demos.

Cartoon Network, Legends in Concert, Flying J, Salvation Army and many others

None. I prefer to leave the dialects to the experts--but I'll try anything. Well, ALMOST anything.

In my studio, I use my own 1968 Neumann U87 mic, modified by Klaus Heyne; Sennheiser 416 shotgun, AKG 414 and some vintage ribbon mics. API lunchbox, with iconic API modules, plus the latest Pro Tools editing software, plus Waves and Izotope plug ins.