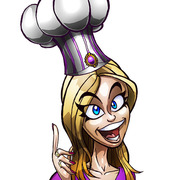 "I'm so proud of you Zurek...way to go my friend.  Two voice talent in one family - NOW THATS SPECIAL.  Thanks for sharing this with us.  You are a wonderful man my friend
Congrats to you both
All my love Deb" 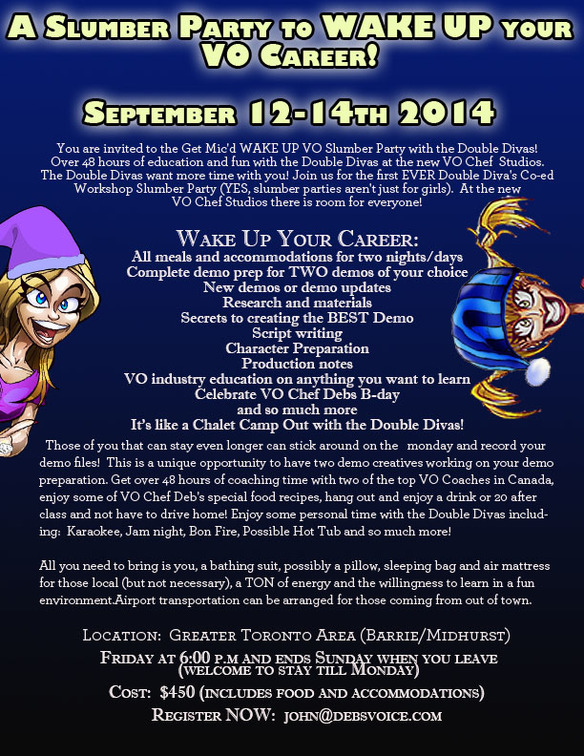 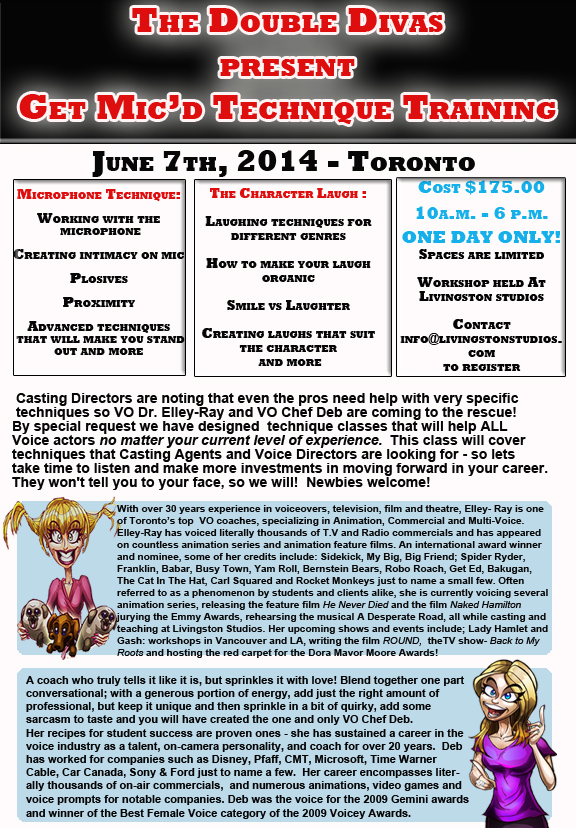 "Just had a listen to the demo - great opening - nice voice.  looks like you had a great team - which is rare - so good stuff.

"great to have you on board Rick.  Thanks for joining us.  I have to admit I'm not very good at keeping up to this - so you just helped me with a gentle reminder to start!!

All my best
Deb Munro" "was trying to respond to you but it wouldn't send
Great to connect with you
ABSOFREAKINLUTELY my friendI'm always arounddeb@debsvoice.comSkypechantidm
Looking forward to connecting VOXSTARALl my bestDeb"

"It's fabulous to meet you and to greet you Tracie.  You've joined a fantastic networking site.  Please feel free to join our group as well.  DebsVoice -
If you can send me an email I can get you on our mailing list as well
deb@debsvoicerecipe.com…"

"Hey Scott - I've responded to your copyright question on the posting - hopefully you'll get a copy of my comments - if not let me know and I will get that to you another way.
Thank you so much for taking the time to ask about the demos
Great to…"

"Great to meet you Eric - thanks so much for joining our group and welcome to VU - assuming you are new to VU of course.
I hope we get to hear from you often.
Please feel free to join our mailout list as well - just send my assistant an email or join…" "So beautiful Zurek
We have yet even more in common - I too have grandkids - I ONLY wish to have a pic of my daughter and one of my grandkids at the mic - so adorable.  They must admire you so much to be already following in your footsteps.…"
More…
Loading ...

With over two decades in broadcasting, animation, freelance voicing/acting both on and off camera, Coaching across Canada and more Debbie Munro offers unique perspectives into the Voice-Over industry. Trained by some of the industry’s best known and respected names Debbie puts 100% into everything she does. Passion, determination and a nothing will stop me attitude.

A voice with a timeless quality you'll want to cherish again and again. By employing over a dozen years wisdom in voicing and acting, Not only will she impress with unmatched quality and a lightning quick turnaround, she can offer a multitude of reads ranging from the refreshingly direct to the keenly sublime. From soft to hard, corporate to down-home comfortable and everything in between, Debbie spices up your production with flawless vocal acrobatics . unforgettable characters, and her specialty… a sultry read that will positively twist your knickers! Debbie demonstrates a range of voice capabilities that span professional, casual, character and even sensual reads that prove that the human voice may just be capable of more than you ever thought possible…

First Previous of 11 Next
This reply was deleted.