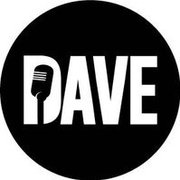 "Hi all!  Since starting this group, I don't make it back here to VU as often as I should...but I hope it's been some sort of blessing to you. :)  In response to Susan's question, I'll be at Voice 2012 and hope to meet you there.  God bless!
"

"Hi there, neighbor to the north! Thanks for the invite. :)"

"Hi gang! Regarding V123 and Voices.com, both have served me well... but results may vary. :) Don't sweat the ratings... they rarely are a reflection of whether you get hired or not and serve only to toy with your emotions. And don't sweat trying to…"

"Welcome to those of you who are new to the group! It's so cool to see that we're approaching the 100 mark in number. Amazing! I echo the sentiments shared here that it's good to know that there are others dealing with the same things in this…"

I know there's a show on called The Jazzspel.. It airs on KIFM; the Smooth Jazz station in San Diego. Here's the link: http://www.jazzspel.com/ I'm pretty sure he plays a combo of smooth jazz and gospel.. or smooth jazz from Christian…"

"Hi there! It's about time you made your way onto this site! Good to see ya!"

"Welcome to those of you who have joined recently! It's so great to see he group growing!" Welcome to the group! I've heard you for years on Adventures In Odyssey! Looking forward to your input here. :)"

"We air Odyssey on 98-7 K-LIGHT (KYTT) in Coos Bay, Oregon! It's been the centerpiece for our Saturday Mornings R4 Kids programming but we're going to start running is at 8 PM weeknights right before Focus On The Family. Jim Levy mentioned that…"
More…
Loading ...

My involvement in radio began when I was about 8. I was the kid who would relentlesly call the DJ on the request line until he played my song. Me…“Could you play ‘Answering Machine’ by Rupert Holmes?” The DJ… “I’ll try and get that on for you.” Me, 3 minutes later, trying to disguise my voice… “Could you play ‘Answering Machine’ by Rupert Holmes?” The DJ, amused but starting to get annoyed… “I’ll try and get that on for you.” Me, 27 seconds after the DJ played “Answering Machine” by Rupert Holmes… “Could you play ‘Answering Machine’ by Rupert Holmes?” The DJ, downright angry and yelling… “I just played it!!” “Dave seems to have an endless supply of creativity. It’s as if the guy is driven to turn out a gem every time.” – Rick Stevens, General Manager, Lighthouse Radio Group, Coos Bay, OR Fast forward to the age of 15. After realizing I lacked the coordination to really compete as a breakdancer, I concentrated my focus on playing the music for those who seemed to have no difficulty defying gravity. Spinning records was considerably easier (and less painful) than spinning on my head, so I became a scratch/mix DJ at some local under 21 dance clubs. It was there that I met some of the local radio announcers and, with the same ferver that made Rupert Holmes the most requested artist, begged them to let me be on the radio until they finally gave me a job. I moved from weekends to full time fairly quickly and soon gained attention for my talents in the prod room. This was back when we used reel-to- reel machines, edits were done with a razor blade, tape and a chopping block, and to get an ad onto a cart you hit the button with your right hand while starting the turntable with your left and hitting “play” on the reel-to-reel machine with your nose. I think I realized that I might have a knack for producing ads when people were actually calling in and requesting my commercials. “Dave is one of the most creative producers I’ve ever worked with.” – Mike Carter, Director of Operations, Brooke Communications, Roseburg, OR Now, many years later, I’m blessed to have a wonderful wife, great kids, and I still get to do what I love… broadcasting, audio production and voice work. “Being the Production Director at WRBS, it’s always helpful to have Voice Talent that can not only follow directions but, when needed, add a bit of their own take on the projects given them. Dave DeAndrea is that kind of Voice Talent. He always provides quality work with a quick turnaraound and a willingness to make sure that his work meets every expectation. That’s why Dave’s name is on my shortlist of Voice Over Artists.” – Jeff Atherholt, Production Director, 95one WRBS, Baltimore, MD My training has been hands-on, trial and error. I have gleaned wisdom wherever I can from those I respect in the industry and books on the subject. I believe that we’re ALWAYS learning… so while I’m confident in my current abilities, I’m always striving to do better. Sometimes that means making a phone call to another talent I respect and simply asking them, “How did you do that?” Other times it’s just a matter of trying to recreate what I’ve heard until I get it right. And many times, it’s just coming up with an idea and making it happen. I’ve been invloved in just about every aspect of making a commercial… from making the initial sale and scheduling the run to writing the copy, voicing and producing the ad(s) and getting them on the air. It’s given me a real appreciation for the difference between a good commercial and a GREAT commercial; a commercial that will give the business the best chance for a multiplied return for their advertising investment. It’s made me want to do the very best I can for everyone my voice represents… Commercials, Presentations, Narration, Voicemail, Imaging, Jingles, etc. I’ve had the pleasure of voicing projects for Disney, Bertram Yachts, Dairy Queen, The Sharper Image (the bankruptcy was not my fault!), Pizza Hut, Allen Spring Villas, Medicare, The United Way, Swimways, Lone Star National Bank and many, many more! I’m the voice of the “Just Know” phone service. I’m the Vasudan Translator on a Freespace 2 expansion pack. I’m also the announcer and producer of “The Way, The Life and The Truth” with Pastor Matt Fox, heard daily around the world on CSN International. I can also provide commercial production services. Thanks for stopping by… and maybe I’ll see you at the Rupert Holmes comeback tour.

My unique voice allows me to bring a professional confidence to any Commercial, Presentation or Voicemail/On-hold message while still giving it a conversational feel. There’s a warmth and the slightest hint of a smile that makes it sound inviting. "Aside from being a really talented VO, Dave is incredibly easy to work with, and makes even tedious projects fun." -- Matt Parzych, CEO, SparcPlug, Inc. For documentaries or spots that may showcase more serious topics, I’m able to bring a genuine sense of what’s being communicated and speak from the heart in a way that is believable… without going “over the top”. "I'm constantly grateful about Dave's responsiveness, attention-to-detail and professionalism. He always delivers above-and-beyond our already high expectations. A great talent!" -- Erin Lee, Creative Director, The Baze Group, Inc. I love doing Audio Books, Animation and Character work for Video Games and Features! When it comes to Character Voices, Accents and Impersonations, I deliver all the emotion, humor, drama, and distinction that brings the character to life! If the role is designed to be real, I am able to take on the identity of the character, whether timid and nerdy, a hopeless romantic, a bold adventurer, or a manipulative scoundrel. When the role calls for more of a caricature, I dive into it, uninhibited, to ignite the character and engage the listener or viewer. I enjoy experimenting with accents and studying the subtle differences. I’m from the Pacific Northwest, which basically leaves me with no accent at all… but provides me with a great foundation for building accents. One of my favorites is Jamaican! I’ve voiced spots in this style for several businesses, including a National Television commercial for Swimways/Rainbow Reef. Of course there’s the “Country” accent, which can be anything from Southern Lawyer to Backwoods Hick. There’s the Southern Cali “Surfer Dude”… the East Indian Accent. Another one of my favorites in the “Back East” accent… (after all... I AM Italian)...usually done in the stereotypical “Vinnie” way. I’ve also had fun doing Asian, Castillian, Mexican… and I’ve even had a little experience speaking Vasudan… an alien language for a video game. "Dave really took to the role, even though it wasn't what you would call a "typical" voice acting assignment. We had some excellent interpretations to choose from, and the final result was top-notch." Ian Warfield - Voice Manager, Silent Threat: Reborn, Hard Light Productions I understand Imaging. I’ve been in the Broadcast industry since 1985 and my experience gives me a distinct advantage when it comes to capturing the overall essence of a Television Network, Radio Station or web site. For those that require an edge, I’m able to “turn up the heat” and provide the grit and attitude. Sometimes my softer, smoother tone is the perfect fit. “Dave DeAndrea has been a real asset to JRN in adding production value to our Smooth Jazz Network. Dave ‘gets’ the format, and it shows.” - Steve Hibbard, Operations Manager, Smooth Jazz, Jones Radio Networks. I’ve been a musician and vocalist since I was a kid and have sung, written and produced Jingles for everything from Dairy Queen to Frost Insurance Brokers. I can give a smooth vocal for Contemporary and Jazz styles, add a little ‘tude for Rock and Blues, and sing in character for everything from Caribbean Music to Country Twang.