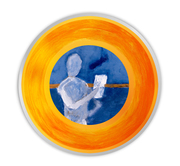 "Hi Tansy!
May your day be filled with joy, creativity and FUN!  May those you love be near as they honor and celebrate YOU!  Happy Birthday!!
Cheers,
David"

"Hi Laila,
May your day be filled with joy, creativity and FUN!  May those you love be near as they honor and celebrate YOU!  Happy Birthday!!
Cheers,
David" "Happy BDay Bill!  Hope it has been a good one...
Cheers,
David"

"Hey Jerry,
From one Scorp to another... HAPPY BIRTHDAY man!  Hope you're having a great day celebrating... it's a beautiful day here in the South Bay, enjoy it all.
Cheers,
David
"

"Dear Lani,
Have an absolutely wonderful day celebrating you and all your creative wonder... HAPPY BIRTHDAY!!
Cheers,
David"

"Hey Townsend,
Wholly cow!... another year.  Hope it has been a brilliant day of celebrating!
Cheers,
David
"

"Hi Mike,
I trust you are reveling in the celebration of YOU!
Happy Birthday!!
Cheers,David"

My how time flies...  Have an awesome day filled with all the things you enjoy!
Happy Birthday!!

"Have SUPER birthday Laura!  Celebrate YOU!

David brings to every voice-over project an effusive heartfelt voice and an array of voice-over styles, especially for theatrical trailer campaigns and television promos. While his voice is filled with resonance, confidence, warmth, and caring it also runs the gamut from highly energetic to casual "everyman" to characters and dialects. His television and film experience includes HBO’s “Vietnam War Stories”, AFI’s “The Wall”, “The Young & The Restless”, “General Hospital” and the cult classic “The White Shadow”. Stage credits include “Terra Nova”, “As You Like It”, “Comedy of Errors”, “Harvey”, “The Serpent”, “Our Town”, “The Robber Bridegroom”, and The Miss Hamford Beauty Pageant and Battle of the Bands” which won the prized “Scotsman Award” at the Fringe Festival in Edinburgh, Scotland! Yes, this is where he learned to love the bagpipes and fine single malt scotch. His image has also graced print advertisements for Kraft Foods, Seafirst Bank, and Go Incognito Sunglasses. While David has an enthusiasm for vocal self-expression and performing, he can also be found playing tennis any chance he gets, but only if a high degree of laughter is involved. As a being of creative energy, he also has an enthusiastic passion for art and paints in a variety of mediums. He completed graduate level studies in Spiritual Psychology at the University of Santa Monica, which he feels brings an unparalleled level of depth, not only to his voice-over performances, but his life.