"Thank you, Rodney :-) Happy holidays to you and yours, Christine P."

"Thank you, Dear  - that was very sweet :-) Happy holidays to you and yours, Christine"

"Love your voice, Jon :-) Keep up the great work, and happy holidays to you and your family :-) Maybe see you in L.A. sometime (moving out to CA soon - seems more of my work is out West)." 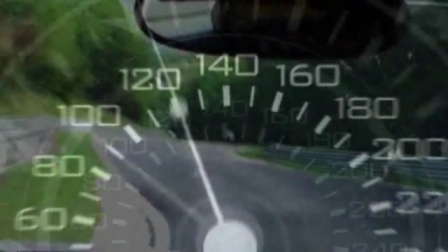 "Hi James, I love spaghetti (born of parents from Italy) and sci-fi too :-) Actually, I'm still putting together my formal narration demo, so I haven't banged on the door of publishers yet. I've been playing today with my new Marshall MXL USB.009 mic…"

"You are very welcome, Bettye :-) Michael Ray Davis is originally from Texas and has his own studio at home in Florida. I'm getting a new MXL USB.009 mic, so I can record auditions on the road - missed out on a Staple vo commercial on Saturday while…"
More…
Loading ...

I fell into voiceover when asked to be the announcer on a Sci-Fi internet series I was working in over a year ago. Then I began doing audiobook auditions, commercial auditions for voice resulting in two professional voice reels - and having legend Bettye Zoller Seitz already call me a 'pro', I believe I have found my calling :-)

Aug 2013: Now up to 30 audiobooks online - 10+ under contract; have ISDN and Studiobricks booth being setup by end of August 2013. Big year in voiceover this year! Oct 2011: Booked 2 audiobook projects in Oct 2011 - one is completed and for sale in Dec 2011. 'Rider: Spirals of De stiny: Book 1' by Jim Bernheimer. 2nd book - Prodigal by Melanie Tem by end of Jan 2012. May 2011: Voiced telephone messages for 3 offices of Furnished Quarters - NY, MA and CT. Announcer for emergency radio spots (the Hail Sale) for GrapeVine Ford in Dallas/Fort Worth. 2nd episode of 'Rise of the Rebellion' completed. Feb 20, 2011: Now the voice of character Flora Milon on a Turkish Star Wars fan series, 'Rise of the Rebellion' - http://www.facebook.com/pages/Rise-of-The-Rebellion-Star-Wars-Turkish-Fan-Made-Web-Series/106437156058006 Also the announcer voice for the series. Jan 25, 2011: Did my 2nd tv commercial for Lawrence Hall dealerships - on the air in Abilene TX.