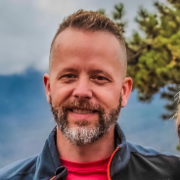 "Welcome Mr. Mackey, glad you could join us. There's a massive amount of talent here and a lot of great sources of information. It's like the forum...on steroids!"

"Welcome to Voiceover Universe Arlene! Glad you could make it."

"Welcome to VU Sarah. I look forward to hearing your demo! There are many incredibly talented people here and a vast resevoir of knowledge here from which to syphon from. I might suggest listening to Joe Cipriani's "Ask joe" video segments. Very…"

"Any loss is difficult, whether you are particularly close or not, the loss of your Mother is a profound one. No words can ease the pain and as Jack Johnson says, "...sometimes, time don't heal...no, not at all...", however, it will get easier. That…"

"Wow Dan...you really know how to attract some strange folk don't you? That last one about the guy "you recorded" was particularly bizarre. I work in radio and see people like that everyday...but luckily, they come to see other people and I get to…"

"I too have been busy and away, but check in from time to time to get a "different perspective". It is easy to become consumed in our own trials and tribulations. It is easy to feel sorry for ourselves and think so many have it better, but one thing…"

"Hi Dan, thanks for the invite to the group. I've gladly joined, however, am a bit pressed for time at the moment. I look forward to digging into this in the very near future though! I'll check in as time permits...thanks again!"

"Well...you've changed alot since we last spoke (Picture above)
That's creepy Lani. Hope your last job went well? It sounded as if you had quite a load on your shoulders. Am I to guess the above pictures may be a character of yours...or was it simply…"

"Hi Penny, your preface to the weekend was quite inciteful. To compliment your Erma Bombeck quote, I'd like to add one of my own that came from one of those annoying mass emails forwarded on to me by my mother. Typically, I pay little attention to…"

"Hi Joe, watched your latest installment of "Ask Joe"; thoroughly entertaining and informative. I'm hooked, thanks for taking the time to put those together for us."

"Ah yes, the change in seasons...it is a beautiful thing. I too was raised some in the mountains (Spokane, Wa) as well as in the flat plains of Kansas, which can be surprisingly beautiful itself from time to time. That is a coincidence, I haven't met…"

"Hi Penny, just wanted to say thank you for the kind greeting upon my arrival to this wonderful site!"

"I have been so amazed by all of the people at voiceover Universe! What an incredible amount of talent there is here! I just wanted to say...an hour of your day? How I'd love to be to that point already, but for all intents and purposes, I've only…"

"Thanks Rick, glad to be here (thanks to Mr. Dustin Ebaugh). I've heard alot of great things about you too, congrats on the award you recieved at voiceover 2008!" As a child I would get into trouble making noises with my mouth from the back of the classroom, which were deemed “a distraction”…now I get paid to distract; funny how life works itself out. Currently, I am working as Production Director for a cluster of 5 corporate radio stations in Wichita, Ks. writing, voicing and producing the majority of local, and sometimes national clients' radio commercials. I first began producing at the age of 17, working with an acoustic guitar, my voice and a very small, novice studio comprised of one analog 4-track Fotex, one tough as nails Electro-voice microphone, an effects processor and any space I could find to set up shop, typically in a closet or bathroom depending on the acoustics desired. I began my career in radio in 2000 as co-host for a local talk show called “Un-Canned” discussing various local youth-oriented topics of interest and current events. Upon my arrival to radio, I discovered Cool Edit and devoted all my energy and many unpaid hours to becoming a proficient producer and voice-over talent using Syntrillium Software. In 2001 I turned my focus to developing various character reads, while improving my understanding of the industry, production skill-set and have since formed a solid narrative read, doing work for companies such as Pepsi Americas, Delta Airlines, Albertsons Pharmacies and Tyco. After only 7 years in radio, I had worked as an on-air personality, station monitor, imaging producer, production assistant, traffic director and now as Production Director over 5 corporate radio stations, voicing and writing; winning second place in the Kansas Association of Broadcasters in 2006 for production intensive copy, second place in 2008 for overall creative production and third place as a voice talent.

English *As we Americans speak it

Varies, depending on the material. I have a variety of different character reads and accents. My long form narrator read has been described as warm and friendly or personable, young to middle-aged.