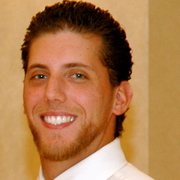 "Rodney, just out of curiosity (and to help me improve), how are you able to go so fast while maintaining proper pronunciation? I can often read it as fast or faster, but it's useless because I can't keep up with the pronunciation! How do you do it??"

"Hey all, I'm always inspired by what I see, hear, and read on this page and I wanted to say thanks! It's motivated me to complete my first audiobook, Grant Me Timely Grace by: Timothy Woods. Feel free to check it out and thanks for…" "Thanks for connecting. Way to rock the mic! Keep up the good work and hopefully we'll get to work together some day! Have a happy New Year!"

"Haha, I love the last part at the urinal. Ahhh, toilet humor."

No, no, no, please don't take my comments as being offended by your advice. I completely understand and appreciate what you offered! I just wanted to explain that I knew/know not to combine the different types of demos! I am fairly green…"

"Hey Roy, great to hear from you on VU...although we've talked often on Twitter too. Best of luck and great job with the demos you've posted. Keep rockin'!"

"Thanks for the add. I saw you on the post that Jon put up and loved the video you linked. Those gravelly Old West voices are the best. Keep up the awesome work and hope we get to work together some day.

I'd love to help out and I come much cheaper than Ed Harris. www.voices.com/people/andymackvoice.

"Thanks Penny. I started doing VO this summer and your story was amazing. I hope I can keep working my way up to a career like yours. Best of luck and hope we get to work together some day."
More…
Loading ...

Andy is capable of a multitude of voices, both straight and cartoon. He is adept at narration, audio books, e-books, presentations, telephone greetings/on-hold prompts/messages, and any other style you can think of! He records out of his home studio in Newport, Rhode Island.