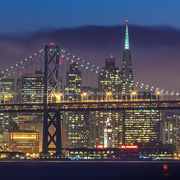 My experience in the world of technology, martial arts, motherhood, and musical theater gives me a wide range of experiences to draw from in order to bring voice-over projects to life! Some of my latest projects were a Facebook video game called "Market Street" and 4 PSA's for Swing For Shelter Golf Tournament. I also completed an employee training video for the Chili's Restaurant chain, was the voice of "Cora the Tour Guide" in a video game, and was the phone system voice for a major Newspaper publication for many years. I played several different roles in an "English as a Second Language" learning CD project. My favorite aspect of VO is doing character voices. My training is extensive: Voice Media - Instructor, Owner/Agent: Susan McCollom Introduction to Voice-Over, Beginning Voice-Over, Intermediate Voice-Over, Character Voices/CD Rom, Video Games Music and Pictures, Acting for Voice-Over, Narration and Telephony, Building a studio at home. Audition Skills - Instructor: Nate Tico, Stars The Agency Making money in Voice-overs - Instructor : Mary Windishar, San Francisco Acting Academy (Beau Bonneau Casting) RECOMMENDATIONS: "From the child-like to the elderly and everything in between, Amy makes her repertoire of mainstream and character voices come alive as few can!” - Mike Baldridge, Momentum Talent and Literary Agency, Los Angeles “Amy is a talented voice actor. She has a keen ear for direction, and is highly listen-able. Amy is a a joy to have in the studio, as a student and a peer.” - Adam Harrington, Voice Over Artist, Vocal coach to Amy at Voice Media

Organic, natural, happy, upbeat. Warm and natural for narration or audio books. Professional and business-like for phone systems and presentations. Can be that "young hipster" or the "soccer Mom." Capable of a wide range of Character voices; from young male and female Children, to female adults, to the elderly. Can impersonate "deaf" speech.